A series of murders centered around Aztec sacrifices is at the center of the new crime-thriller, Todo La Sangre, out of Mexico. The new Spanish-language series will stream on U.S. streaming service Pantaya. Watch the new intriguing trailer starring Aarón Díaz and Ana Brenda and check out the new poster.

“Toda La Sangre” follows Casasola (Aarón Díaz), a tabloid reporter who joins forces with police lieutenant Edith Mondragón (Ana Brenda Contreras) and Elisa (Yoshira Escárrega), a local anthropologist with the aim of deciphering a series of murders that have shocked the country. Together they travel through Mexico City chasing a ritual murderer whose peculiarity is to recreate ancient Aztec sacrifices. The series is based on the best-selling novels by Mexican author Bernardo Esquinca.

The series will premiere with the first two episodes on Thursday, September 15 through Pantaya in the U.S., and Puerto Rico, and in Latin America on STARZPLAY. 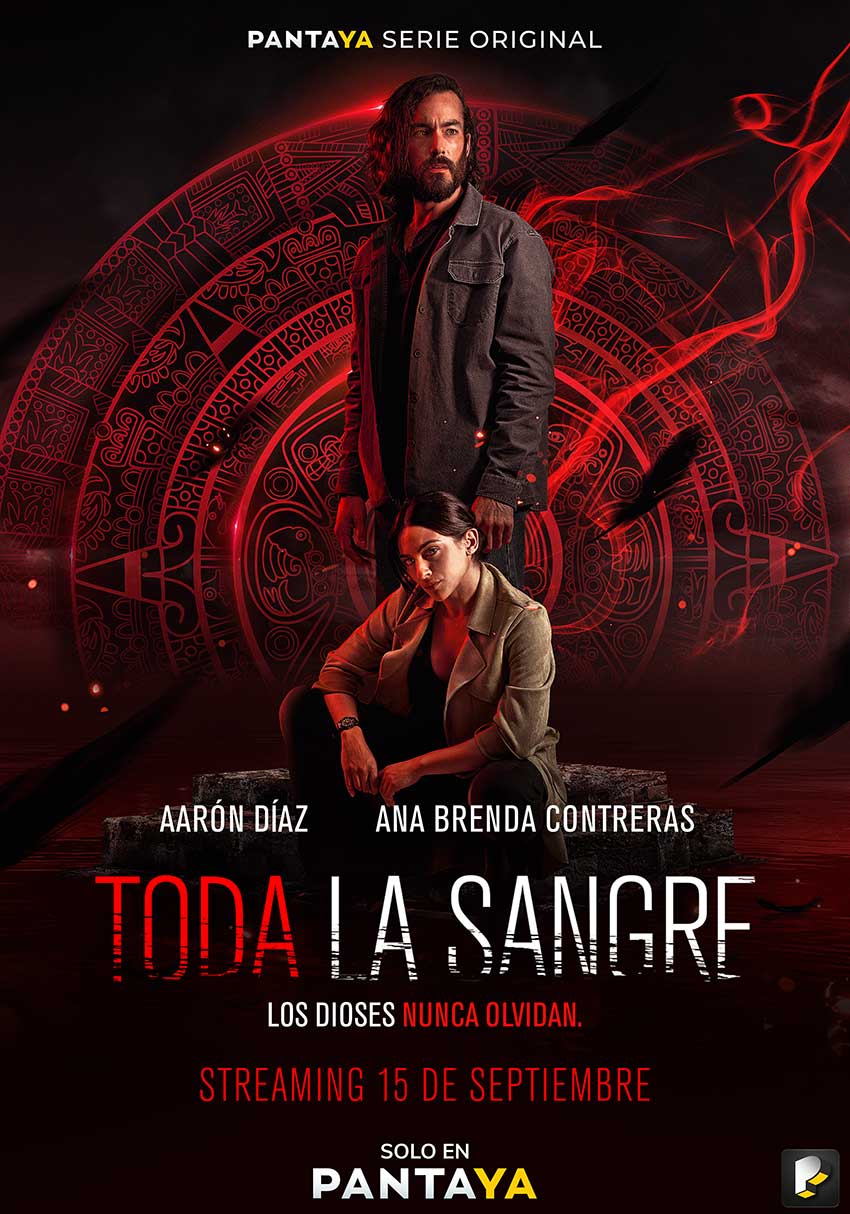