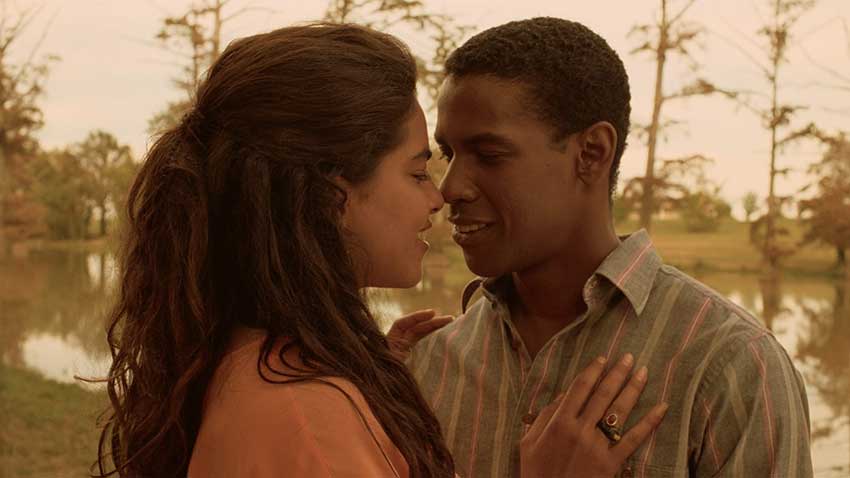 Mira Nair's 1992 film MISSISSIPPI MASALA starring Denzel Washington and Sarita Choudhury will be released as a 4k restoration on April 15 in NY at the IFC Center and April 22 in Los Angeles.

Nair's MISSISSIPPI MASALA put the Indian filmmaker on the Hollywood map. The beautiful story also introduced us to Sarita Choudhury (GREEN KNIGHT, Homeland) who most recently starred in The Sex and the City HBO Max series, And Just Like That.

The vibrant cultures of India, Uganda, and the American South are blended and simmered into a rich and fragrant fusion feast in Mira Nair’s luminous look at the complexities of love in the modern melting pot. Years after her Indian family was forced to flee their home in Uganda by the dictatorship of Idi Amin, twentysomething Mina (Sarita Choudhury) finds herself helping to run a motel in the faraway land of Mississippi. It’s there that a passionate romance with the charming Black carpet cleaner Demetrius (Denzel Washington) challenges the prejudices of their conservative families and exposes the rifts between the region’s Indian and African American communities. Tackling thorny issues of racism, colorism, culture clash, and displacement with big-hearted humor and keen insight, Nair serves up a sweet, sexy, and radical celebration of love’s power to break down the barriers between us.