New 'No Time To Die' Trailer and Poster: James Bond Has A Lot of Help

The latest James Bond film is still scheduled to open November 20 in movie theaters amid the pandemic. In the new NO TIME TO DIE trailer, Bond (Daniel Craig) comes out of retirement to save the world from Rami Malek's villain. It looks like he's got a lot of backup with the new 007 played by Lashana Lynch, Naomi Harris, Jeffrey Wright and finally a Latina Bond girl, Ana de Armas. He's going to need it for the apocalypse.

Directed by Cary Joji Fukunaga (BEAST OF NO NATION, SIN NOMBRE), the new preview has Christoph Waltz returning, along with Léa Seydoux. The story should be very interesting with Phoebe Waller-Bridge ("Killing Eve") as one of the writers behind it.

There's plenty of action scenes, and one doozy of a stunt with an airplane falling out of another airplane. NO TIME TO DIE won't be short on stunts no doubt. 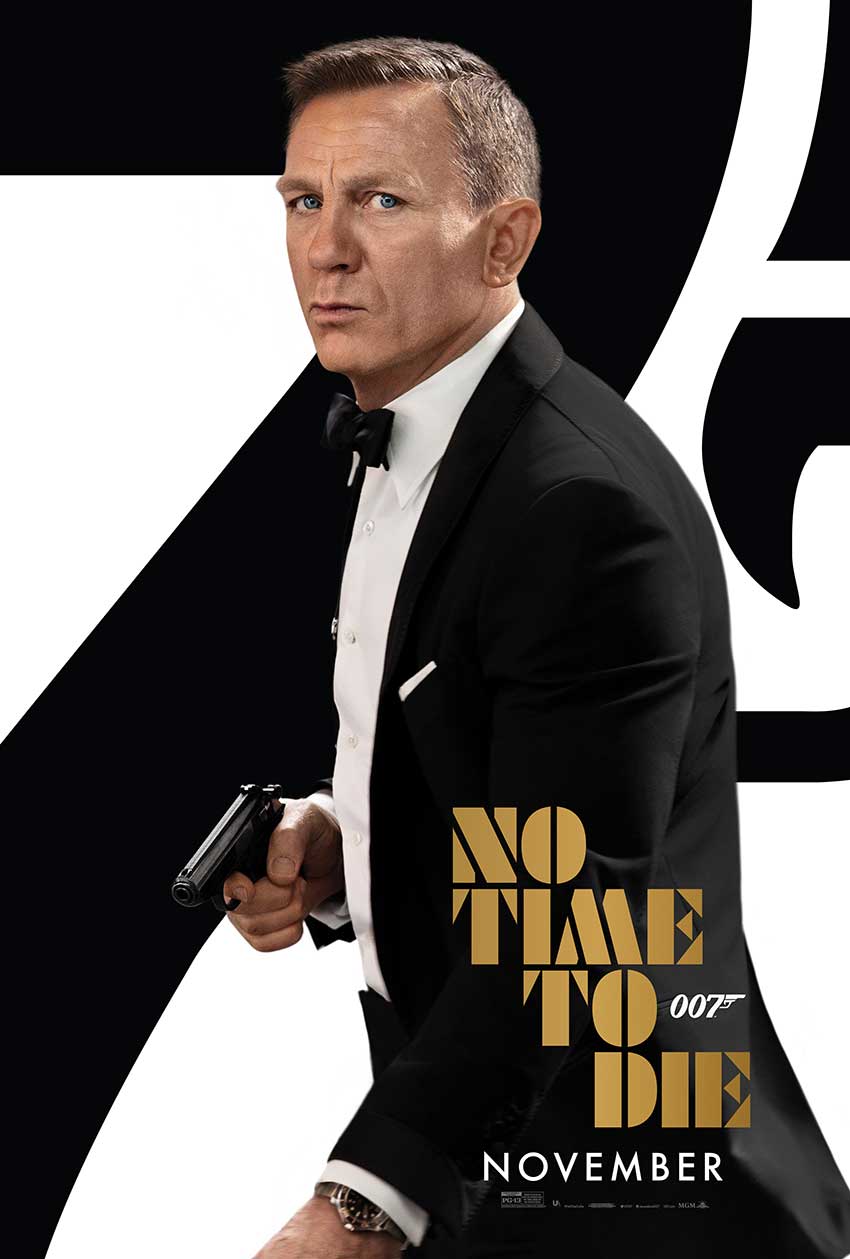 In NO TIME TO DIE, Bond has left active service and is enjoying a tranquil life in Jamaica. His peace is short-lived when his old friend Felix Leiter from the CIA turns up asking for help. The mission to rescue a kidnapped scientist turns out to be far more treacherous than expected, leading Bond onto the trail of a mysterious villain armed with dangerous new technology.