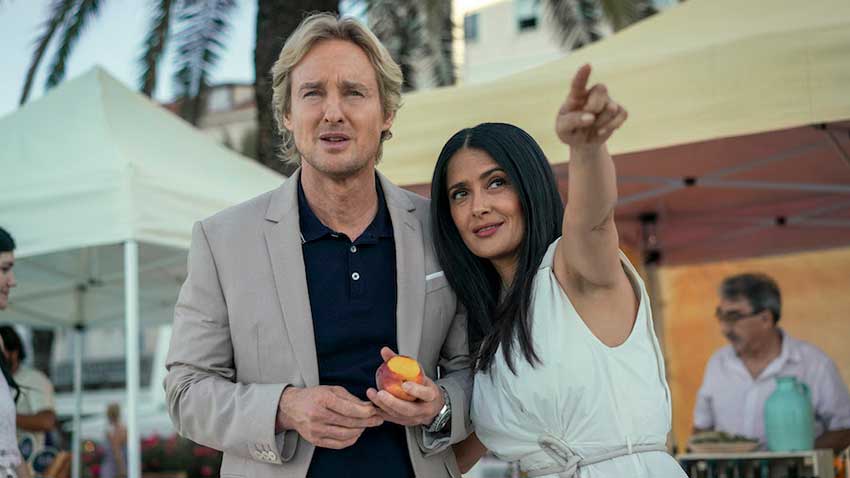 Owen Wilson is living in a Matrix-like world where his reality may not be real in BLISS. Salma Hayek plays two versions of herself in the movie as a character who straddles both worlds. Watch the new trailer and check out the new poster for the new Amazon Prime movie.

BLISS is a mind-bending love story following Greg (Owen Wilson) who, after recently being divorced and then fired, meets the mysterious Isabel (Salma Hayek), a woman living on the streets and convinced that the polluted, broken world around them is nothing but a computer simulation. Doubtful at first, Greg eventually discovers there may be some truth to Isabel’s wild conspiracy.