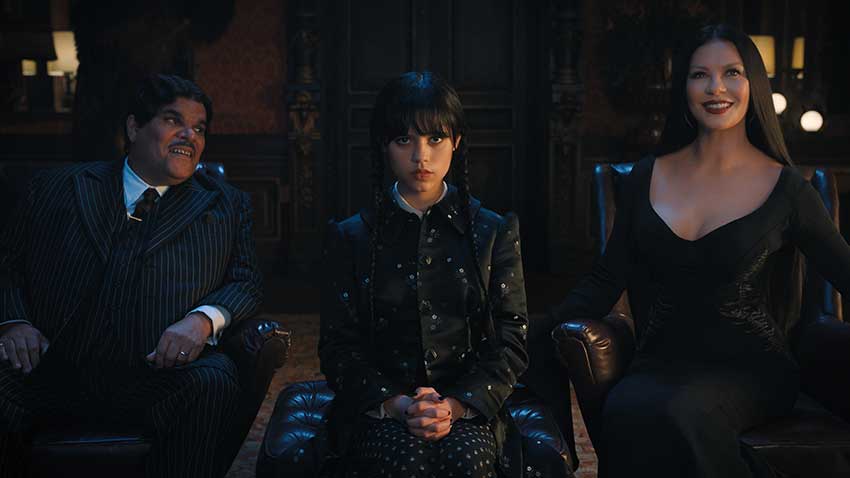 A new trailer for Tim Burton's Wednesday dropped at this weekend's New York Comic Con with a first look at Christina Ricci in a new role and the reveal that Uncle Fester is played by Fred Armisen. The new preview gives us more information about the Netflix series.

Catherine Zeta-Jones, Luis Guzman, Gwendoline Christie and Jenna Ortega also star in the new series which has Wednesday Addams attending Nevermore Academy for special students like herself. We gather from the trailer that the comedy will revolve around a mystery at the Academy.

Ricci is introduced as Wednesday's roommate's mother but we also see a redhead that looks like Ricci's hairstyle snapping her fingers so is there a connection? The casting of Armisen is yet another surprise in the reboot as he's not as hefty as the previous incarnations. Luis Guzman's casting was also unexpected as he doesn't fit the previous mold of the debonair Addams.

Wednesday will hit Netflix on November 23.