'The Walking Dead' Universe is Expanding with 4 New Series 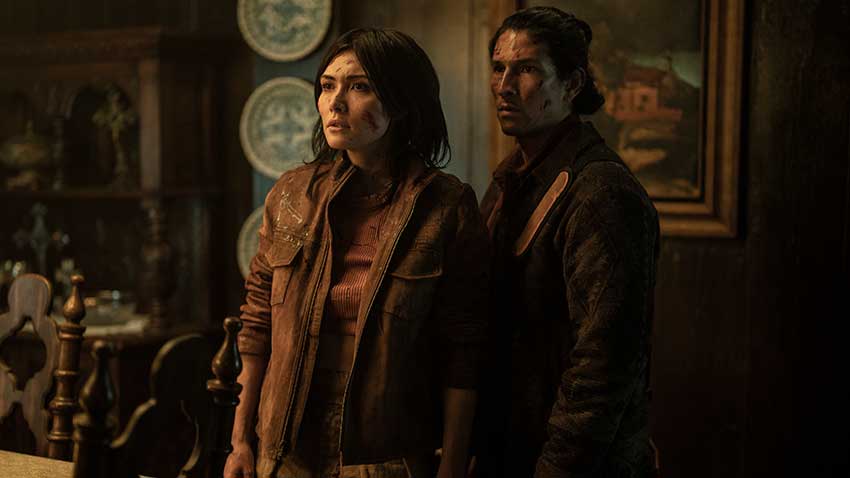 The Walking Dead showrunner Scott M Gimple dropped a few bombshells during the Hall H Comic Con panel in San Diego. First Andrew Lincoln and Danai Guria are returning to The Walking Dead franchise with their own spin-off series for AMC+, and two new shows will also continue the zombie-killing.

The Walking Dead original series is coming to an end this Fall, but two spin-offs will replace the long-running series. First Norman Reedus' Daryl will go off on his own without Melissa McBride's Carol who opted out of moving to Europe to shoot the series. The panel didn't go into any details about that new show perhaps because McBride's exit caused a backlash against Reedus earlier this year.

Release dates for the spinoffs have not been announced but Lincoln did say his return to the franchise will premiere in 2023. Another new show Tales of the Walking Dead is set to premiere in August on both AMC and AMC+. The star-studded series are standalone episodes featuring characters from the franchise like Alpha (Samantha Morton) as well as guest stars such as Olivia Munn, The Boys' Jesse T. Usher, TOP GUN's Danny Ramirez, JURASSIC PARK DOMINIONS' Daniella Pineda, Anthony Edwards, Terry Crews, Jillian Bell, and Parker Posey.

Check out the additional information and trailers for the upcoming series.

Tales of the Walking Dead


Isle of the Dead


The Walking Dead Season 11 Part 3 Synopsis
On the heels of the oppressive presence of locusts, an even greater force is bearing down on every single member of each community. With Commonwealth flags raised at Hilltop, Alexandria, and Oceanside, there’s no time to strategize for those on the road. It’s a race against the clock to stay alive and extract those still living in the Commonwealth before Hornsby can execute his revenge.

Inside the Commonwealth, Connie’s article has created more chaos than planned. By exposing the Milton’s corruption, their hope to create a better, more equal, life for all may instead put everyone at risk. With the vast debt our group owes and no other viable place to live, simply leaving has never been an option. But if their next move fails, staying won’t be an option either. What they’re about to embark on will only invite more danger with massive consequences. The clock is ticking for our heroes inside the Commonwealth as well.

As each group continues to get caught in uncontrollable situations, threats lurk around every corner, dead and alive. The looming pressure is cresting towards a day of reckoning for all. Will the sum of their individual journeys cumulate into one, or divide them forever? The fight for a future continues to be exasperated by the ominous population of walkers. Not all will survive, but for some, the walking dead lives on…