The immigrant story is often told from the perspective of the transplant but not from their American-born offspring. Emmy-nominated director Isabel Castro brings the story of two first-generation daughters of undocumented families in MIJA, an award-winning feature documentary coming to movie theaters on August 5 in NYC, Los Angeles, and San Francisco and later this year to Disney+. Watch the new trailer. 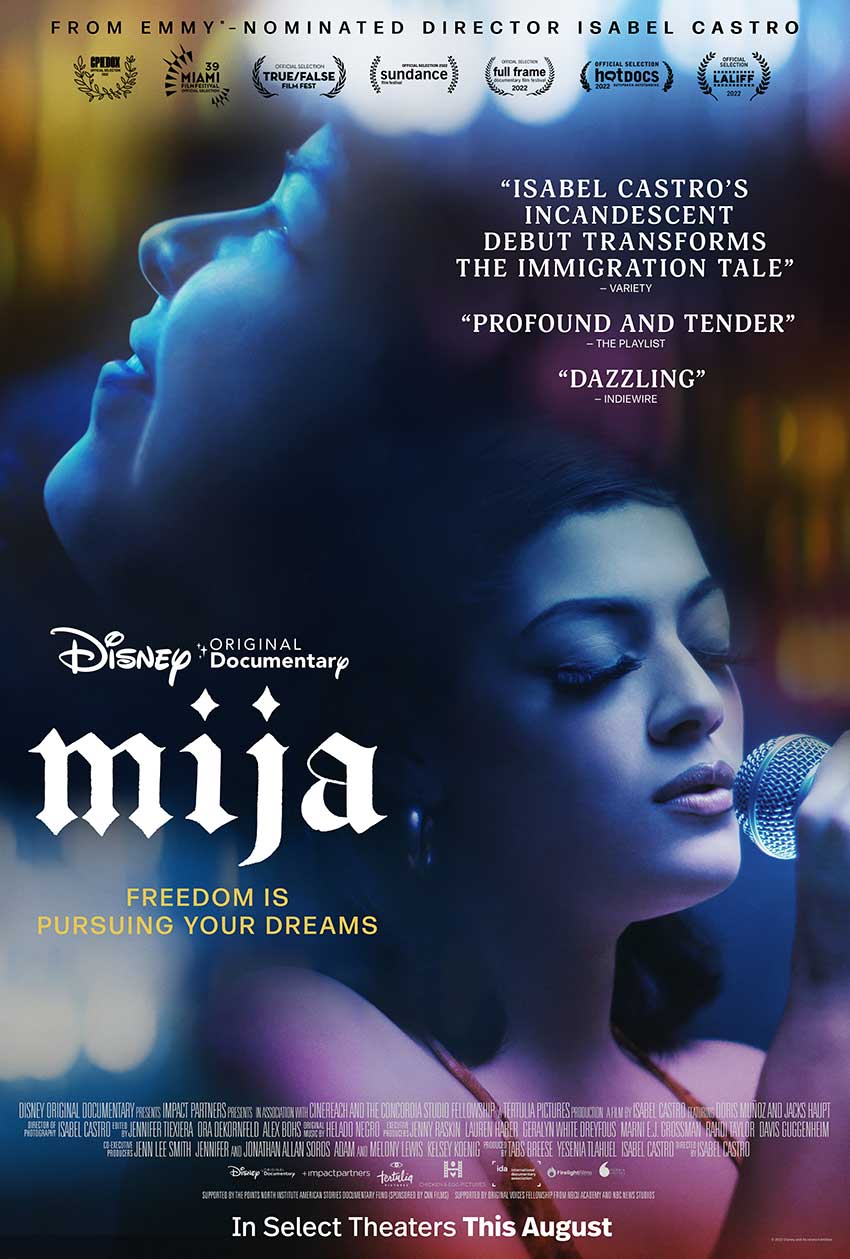 MIJA features Doris Muñoz and Jacks Haupt, two daughters of undocumented immigrants from Mexico who are both navigating their careers in the music industry. Seeking to provide for their families while achieving their dreams, Doris and Jacks bond over the ever-present guilt of being the first American-born members of their undocumented families and the financial risks of pursuing their dreams. For them, the pressure of success is heightened due to their families’ hope for green cards and reunification.

MIJA is a poignant and emotional dedication to immigrants and their children. Director Isabel Castro’s intimate debut feature constructs an ethereal vision and homage to the daughters that fight for their families, their dreams and themselves.

The film will be released in theaters in New York City, Los Angeles and San Francisco on Friday, Aug. 5. It will stream globally on Disney+ later this year. MIJA premiered at the 2022 Sundance Film Festival as an Official Selection of the NEXT section that features innovative works with a forward-thinking approach to storytelling.

Critics have raved about the film, with IndieWire declaring it’s “dazzlingly shot” and Variety calling it an “incandescent debut feature documentary [that] transforms the immigration tale.” We Live Entertainment hails it as an “essential story of the immigrant experience” that “strikes an emotional chord.”

Disney Original Documentary previously announced upcoming projects “Goodbye Yellowbrick Road: The Final Elton John Performances and The Years That Made His Legend,” the untitled film on Jim Henson and the short film “Sophie and the Baron.” The banner will release “Mickey: The Story of a Mouse” on Disney+ later this fall.