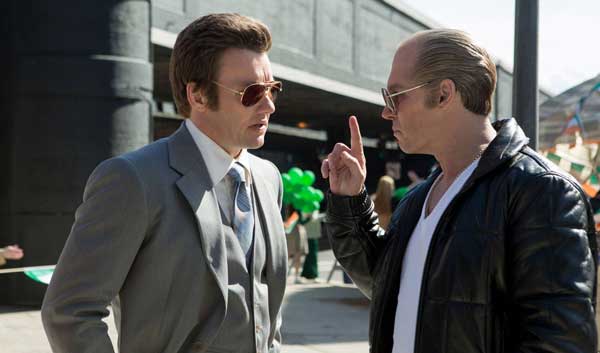 It's a star-studded mobster story in the second trailer for BLACK MASS starring Johnny Depp as the most wanted gangster Whitey Bulger.  Listen to Brit Benedict Cumberbatch and Aussie native Joel Edgerton take on a Boston accent for the film. Many actors have attempted that difficult dialect, but they seemed to have a handle on it, but we'd have to ask a native.

In 1970s South Boston, FBI Agent John Connolly (Joel Edgerton) persuades Irish mobster James “Whitey” Bulger (Johnny Depp) to collaborate with the FBI and eliminate a common enemy: the Italian mob. The drama tells the story of this unholy alliance, which spiraled out of control, allowing Whitey to evade law enforcement, consolidate power, and become one of the most ruthless and powerful gangsters in Boston history.