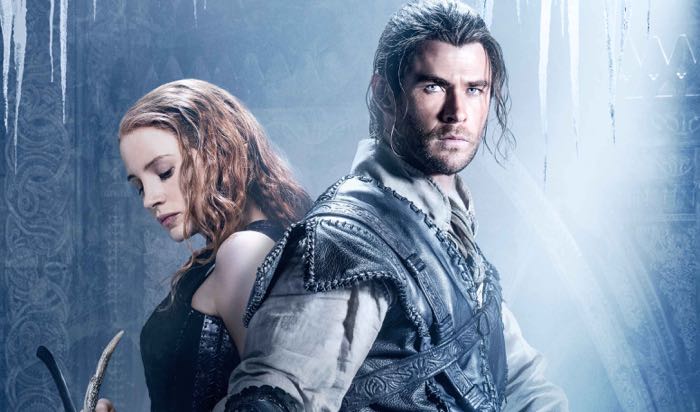 THE HUNTSMAN: WINTER’S WAR has debuted six character posters in anticipation to the new trailer premiere on Wednesday. The women rule this outing with Emily Blunt and Jessica Chastain joining Charlize Theron and Chris Hemsworth in a prequel to Snow White and the Huntsman. Take a look at the stylish new one-sheets and a teaser trailer.

The fantastical world of Snow White and the Huntsman expands to reveal how the fates of The Huntsman Eric and Queen Ravenna are deeply and dangerously intertwined. Chris Hemsworth and Oscar® winner Charlize Theron return to their roles in The Huntsman Winter’s War, an epic action-adventure in which they are joined by Emily Blunt and Jessica Chastain, as well as director Cedric Nicolas-Troyan. Producer Joe Roth (Maleficent, Alice in Wonderland) once again leads the team in a breathtaking new tale nested in the legendary saga. 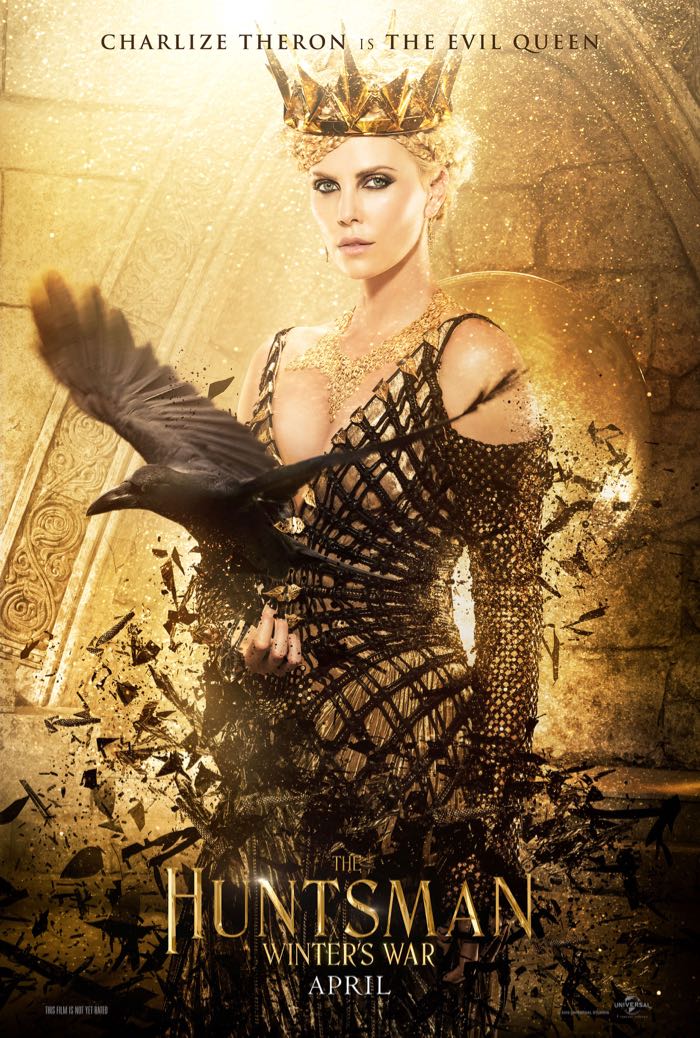 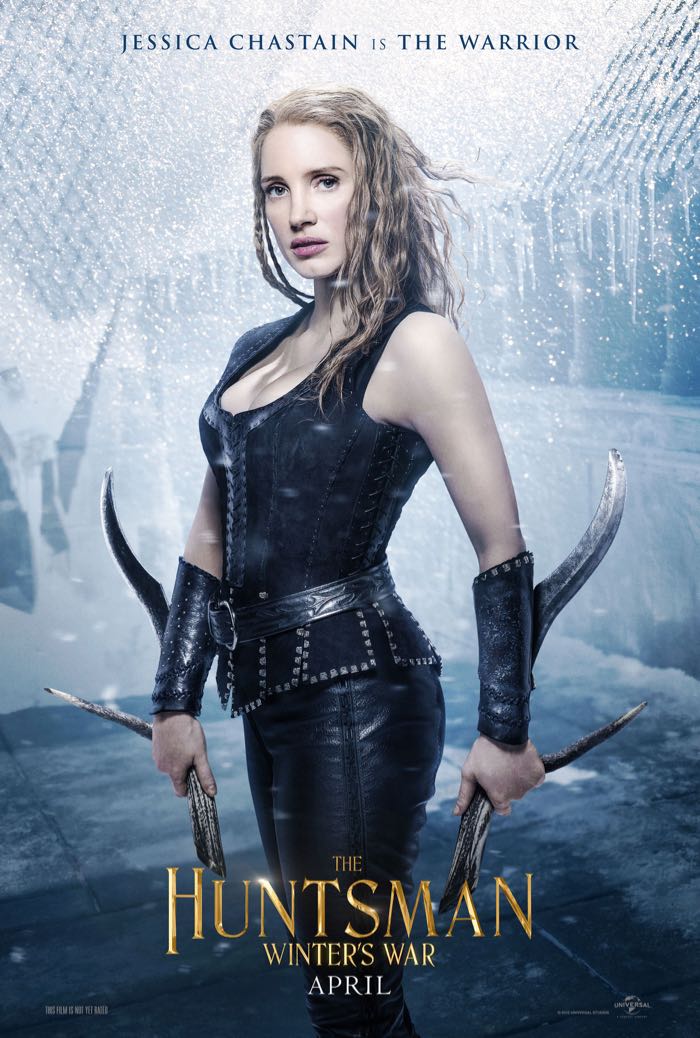 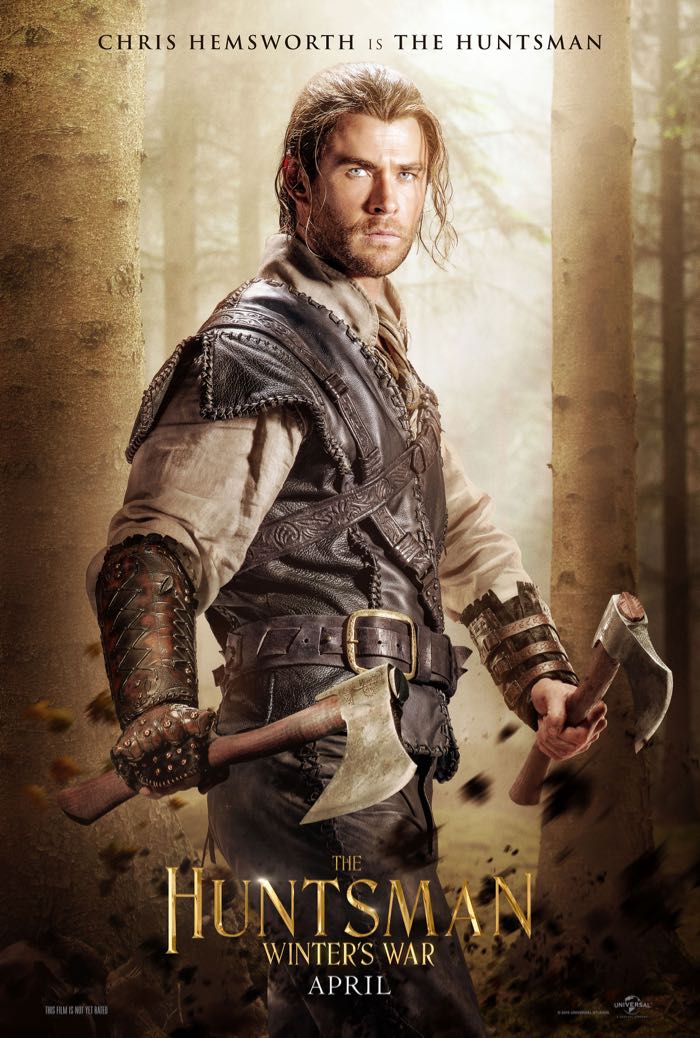 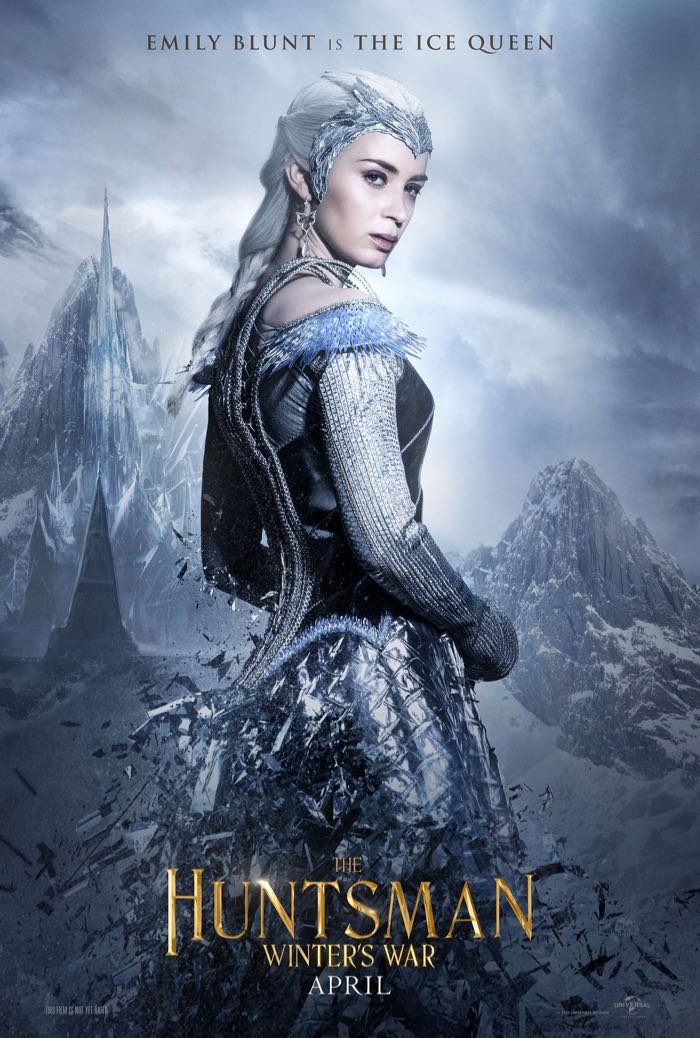 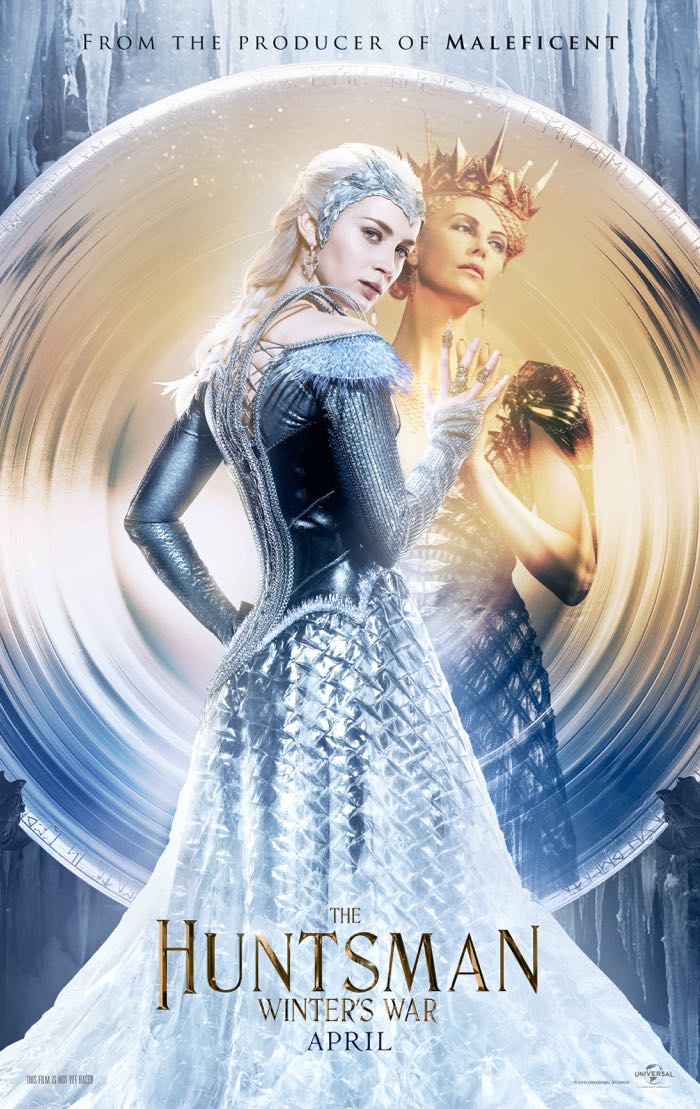 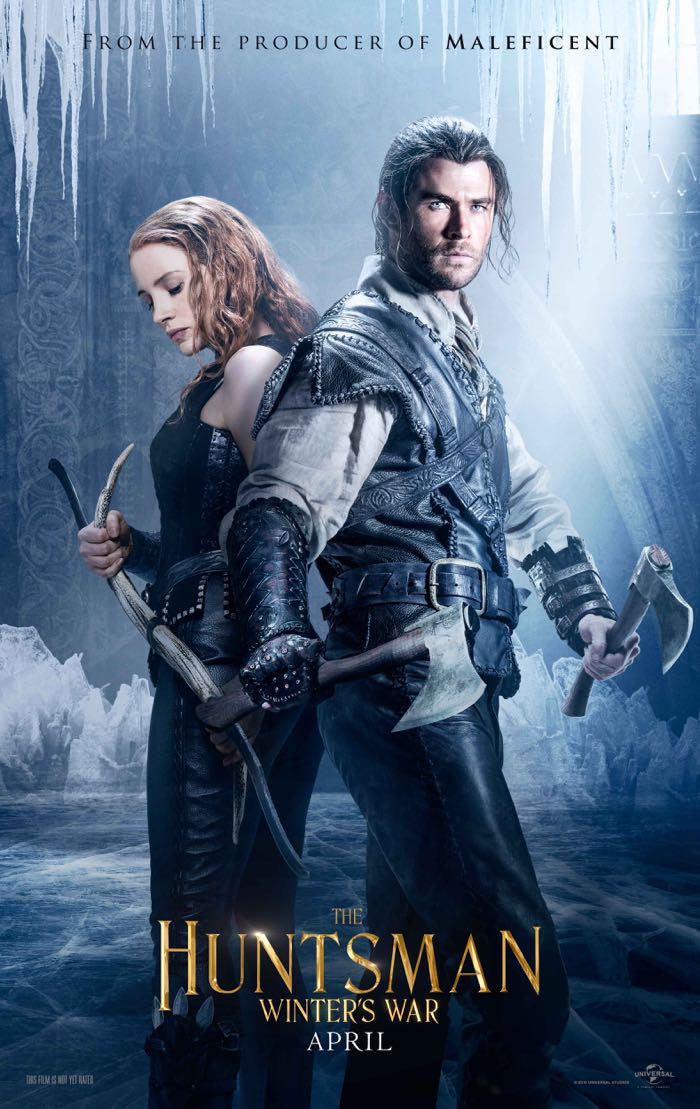