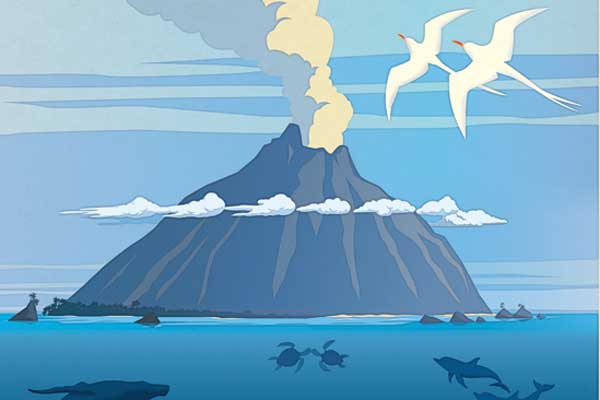 When Pixar’s INSIDE OUT is released June 19, 2015, it will be accompanied by a new Pixar short film, and CineMovie got a sneak peek one year in advance at LAVA, a musical love story. 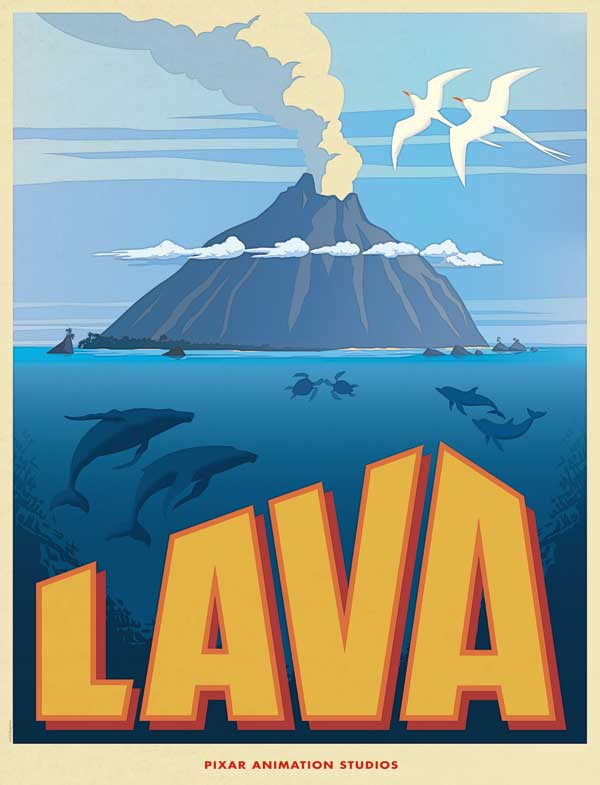 Who knew volcanoes needed some love too. Maybe that’s why they are so angry and blow their tops. Well, the new Pixar short film centers on a lonely ocean volcano who’s sings his heart out wishing for a new love. The story takes place over millions of years

Before we previewed a few minutes of the new short, director James Ford Murphy talked about his inspiration for the film which came to him while vacationing many times in Hawaii. He also wrote the song for the film and he sang a few bars on a ukulele to the small crowd. The endearing track will be sung in the movie by Hawaiian singers.

The preview presented us to the isolated ocean volcano enjoying the beautiful view of the sea and the paired up animals (seagulls, dolphins), but it makes him sad that he doesn't have someone to enjoy the beauty with. He tells us his story through song and what a tune. The song makes it all the more emotional and the voice is quite beautiful. All he wants is some "lava." So cute.

Does he find it?  We know the answer but it wouldn't be fair to reveal it, but keep in mind this is a Pixar movie. There are no sad endings.