'Guardians of the Galaxy' Home Release to Include Exclusive Look at 'Avengers: Age of Ultron' 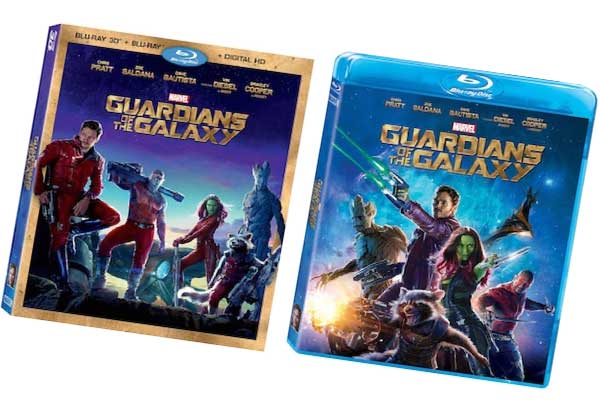 Everyone’s favorite movie of the year is coming to  Blu-ray™ 3D Combo Pack, Blu-ray, DVD and On-Demand  December 9th and on Digital HD plus Disney Movies Anywhere November 18th. Read on to find out what bonus features come with the new home release which includes a peek at the new Avengers movie, Age of Ultron.

For those anxious to re-watch the Marvel film sooner than December 9th on Blu-ray ™ 3D Combo Pack, Blu-ray and On-Demand, GUARDIANS OF THE GALAXY will be available November 18th on Digital HD plus Disney Movies Anywhere. The blockbuster has earned over $645 million around the world and raves from both fans and critics as one of the best and funniest Marvel films to date. Guardians of the Galaxy opened domestically August 1 with $94.3 million to become the biggest August debut of all time and ultimately the biggest August release ever; it’s also the highest grossing film of the year and the first to surpass $300 million in 2014 domestically. After becoming the 10th straight Marvel Studios film to open at #1, Guardians of the Galaxy occupied the top spot domestically for four of its first six weekends in release.

The comedic adventure is packed with never-before-seen deleted scenes, gag reel, exclusive look at "Marvel's The Avengers: Age of Ultron" and more! For more on the release, the official press release outlines what you can expect to seen December 9th.

New Movie Review: GUARDIANS OF THE GALAXY Is Like A Star Wars Origins Story

David Bautista on Guardians of the Galaxy & Being A Serious Actor

GUARDIANS OF THE GALAXY's Michael Rooker Interview: 'Wow This is Cool'