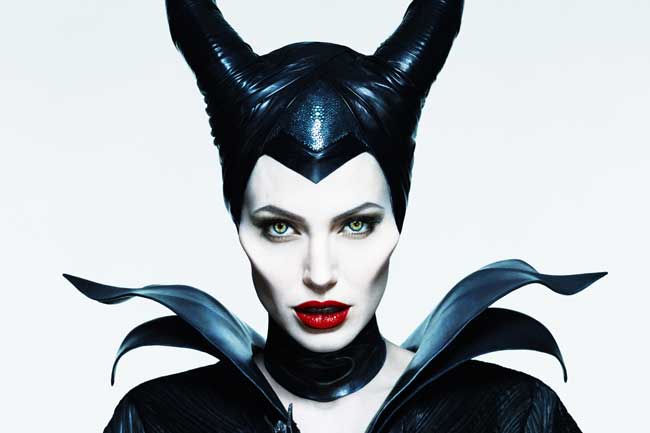 Wicked is one way to describe Angelina Jolie as Maleficent on the new movie poster for the Disney film. The leathered horns, freakishly pointy cheekbones every Hollywood starlet is dying to have and the red lips make this villain one sexy vixen. Take a look at the new movie poster from the live action film.

Angelina Jolie is a ultimate woman scorned as Maleficent, the iconic Disney villain who isn't born evil but made that way by a betrayal that turns her heart to stone. That's the backstory for Disney's live action adaptation of the Sleeping Beauty villain from the classic 1959 animated movie.

In this origins story, Maleficent seeks revenge against the king by cursing his newborn child Aurora. As she grows, Maleficent is obsessed with her and the key she holds to the peace of the kingdom.

MALEFICENT opens this summer on May 30. 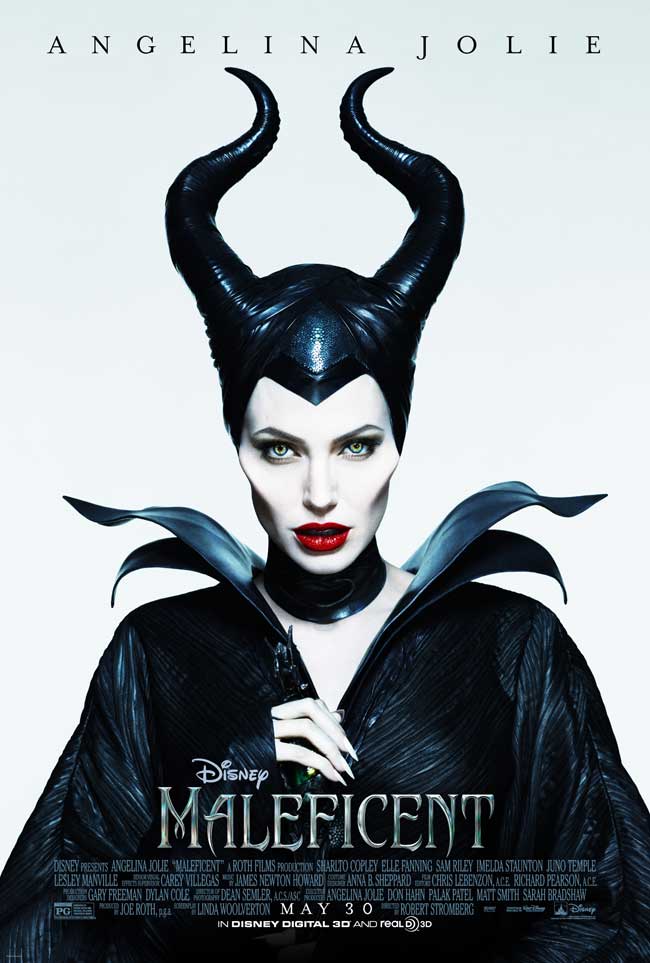