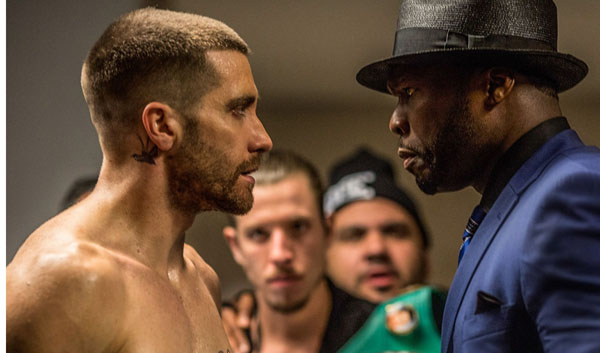 From acclaimed director Antoine Fuqua (TRAINING DAY) and screenwriters Kurt Sutter (“Sons of Anarchy”) and Richard Wenk (THE MECHANIC), SOUTHPAW tells the riveting story of Billy "The Great" Hope, reigning Light Heavyweight Boxing Champion of the World (Academy Award® nominee Jake Gyllenhaal). Billy Hope seemingly has it all with an impressive career, a beautiful and loving wife (Rachel McAdams), an adorable daughter (Oona Laurence) and a lavish lifestyle.  When tragedy strikes and his lifelong manager and friend (Curtis "50 Cent" Jackson) leaves him behind, Hope hits rock bottom and turns to an unlikely savior at a run-down local gym: Tick Willis (Academy Award® winner Forest Whitaker), a retired fighter and trainer to the city's toughest amateur boxers. With his future riding on Tick's guidance and tenacity, Billy enters the hardest battle of his life as he struggles with redemption and to win back the trust of those he loves.