Nicky Jam’s rag to riches story is being told in an authorized bio-series, “Nicky Jam: El Ganador” for Netflix. The 13-episode series will debut internationally April 12, and stars Nicky Jam as himself narrating the story while a young actor plays his younger self recreating the events that fueled his rise to fame from a rough upbringing.

More about the show below the movie poster. 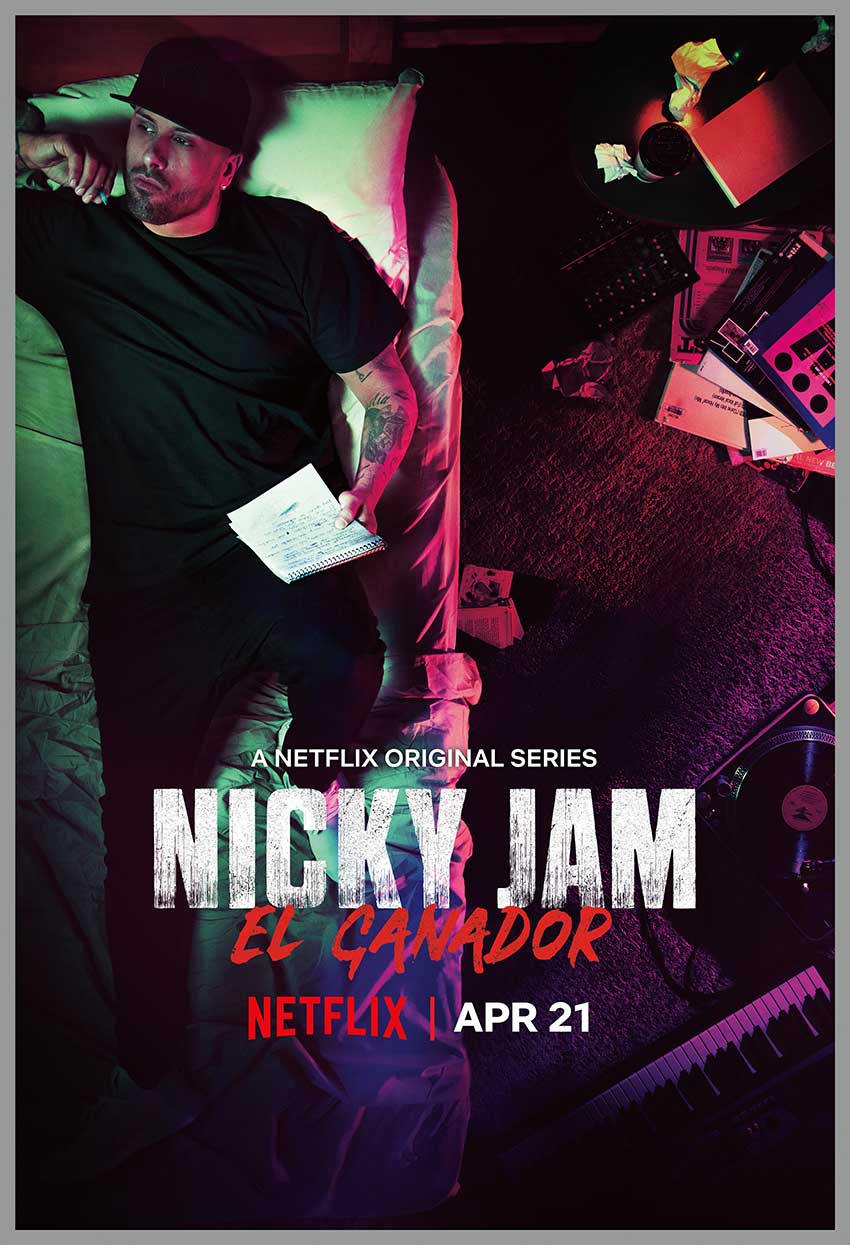 Official Synopsis
Los Angeles, Ca—"Nicky Jam: El Ganador," the authorized bio-series based on the life and career of the Latin music superstar, will be available to Netflix members in the U.S. on Tuesday, April 21. The 13-episode series previously debuted on Netflix internationally.

“Nicky Jam: El Ganador” tells the life story of award-winning Nicky Jam, a singer-songwriter, who has become a worldwide music phenomenon. From his humble and troubled start in Boston, to his downfall on the streets, to becoming the king of one of the most popular musical genres, this is not only the life of Nicky Jam, but the history of reggaeton itself.

“I’ve been hearing from many of my fans on social media and when I talk with them in person, that they’ve been waiting for the chance to see ‘El Ganador’ in the U.S. on Netflix,” said Nicky Jam. “Now they will get to see it starting April 21 and I hope they enjoy it like so many others have across the world. I’m really proud of what we created.”

“I am excited about bringing this level of story-telling that is related to reggaeton music,” added Terrero. “The genre’s popularity gives our story and others like it the opportunity to reach a much larger audience. This is my mission with Cinema Giants. Nicky’s story is inspirational in so many ways. I am proud to be part of it.”