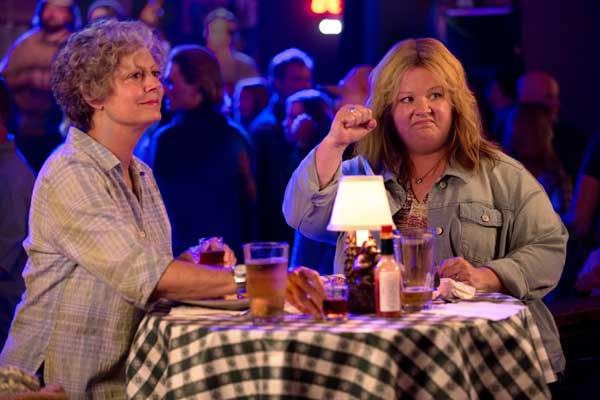 A movie character usually gets one character poster, but not Melissa McCarthy for her new movie TAMMY. The funny actress is featured in four hilarious new character movie posters. Take a look.

Melissa McCarthy takes center stage as the star in the new comedy, TAMMY starring alongside Susan Sarandon. Produced by Will Ferrell, McCarthy wrote the script with her husband Ben Falcone who also directs the movie opening July 2nd.

Official Synopsis:
Tammy (Melissa McCarthy) is having a bad day.  She’s totaled her clunker car, gotten fired from her thankless job at a greasy burger joint and, instead of finding comfort at home, finds her husband getting comfortable with the neighbor in her own house. It’s time to take her boom box and book it.  The bad news is she’s broke and without wheels.  The worse news is her grandma, Pearl (Susan Sarandon), is her only option—with a car, cash, and an itch to see Niagara Falls.  Not exactly the escape Tammy had in mind.  But on the road, with grandma riding shot gun, it may be just what Tammy needs.