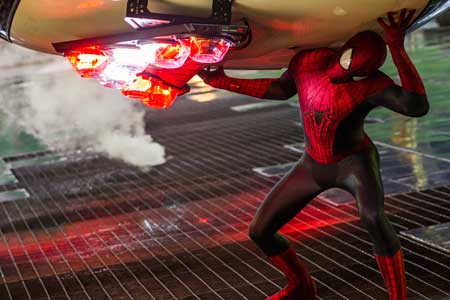 Spider-Man will be swinging by the Super Bowl Sunday game with a new spot for the sequel starring Andrew Garfield, Emma Stone, Jamie Foxx and Dane DeHaan. The pre-Super Bowl tease released Thursday is all about the action and saving Gwen. Take a look at Part 1 of the Super Bowl commercial.

On May 2nd, Spider-Man returns to fight not only one bad guy but two with his old friend Harry Osborn (Dane DeHaan) becoming his frenemy right off the bat and a new villain Electro (Foxx) causing all kinds of havoc in New York City. Spider-man leaps into action to stop the villains from destroying the city and by the looks of the Super Bowl spot, save his love interest Gwen.

Spider-Man has a lot of pressure this time with the origins story out of the way. As the movie poster (see below) tagline suggest, "His Greatest Battle Begins" is an indication of the personal turmoil brewing. The Super Bowl spot, labeled Part 1, is obviously going to the testosterone-filled telecast with an all-out action sequence that has your head spinning to catch every detail of the fast action. 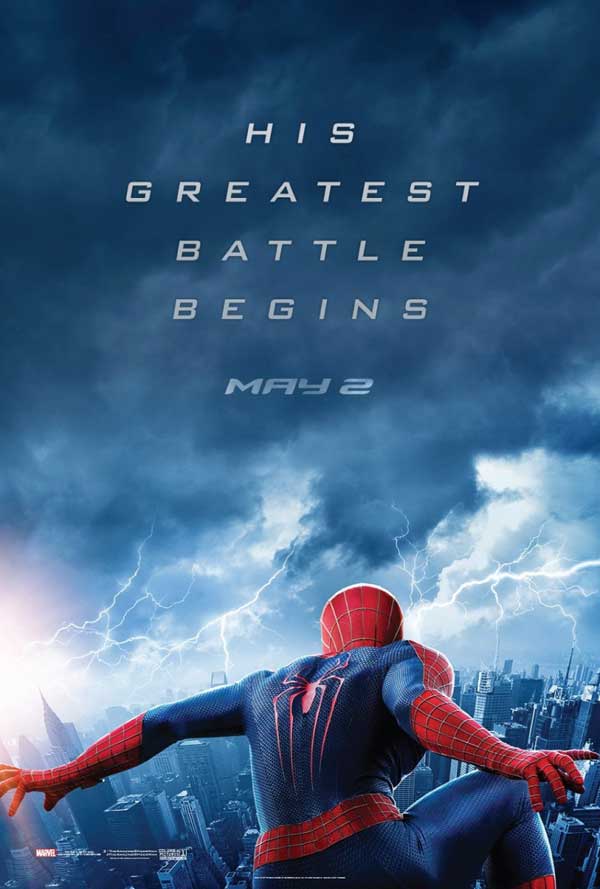