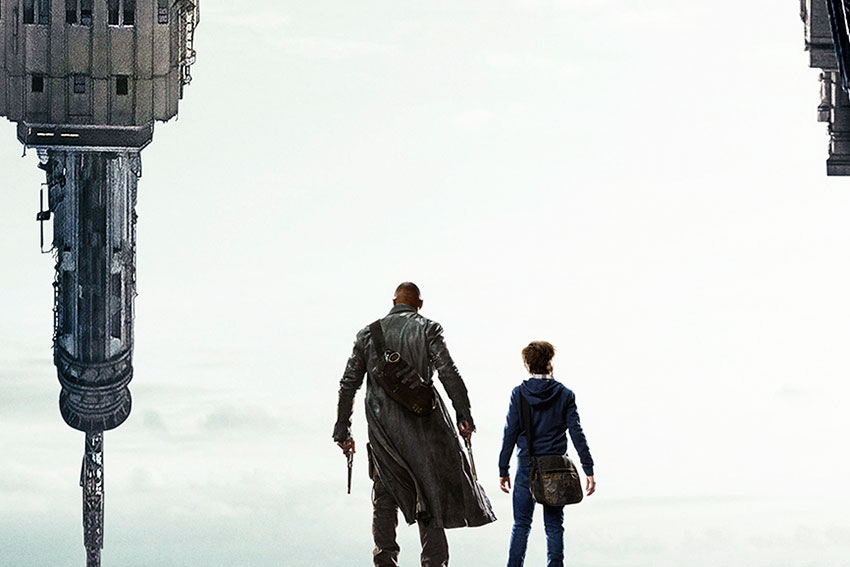 Stephen King released the new poster for the movie adaptation of his book, THE DARK TOWER, and to some it may remind them of INCEPTION. Take a look at the new one-sheet.

The film stars Matthew McConaughey and Idris Elba, and will be released July 28th. When there's a new poster, expect a teaser trailer. And if Stephen King is promoting the film, that must mean he approves of the movie adaptation. 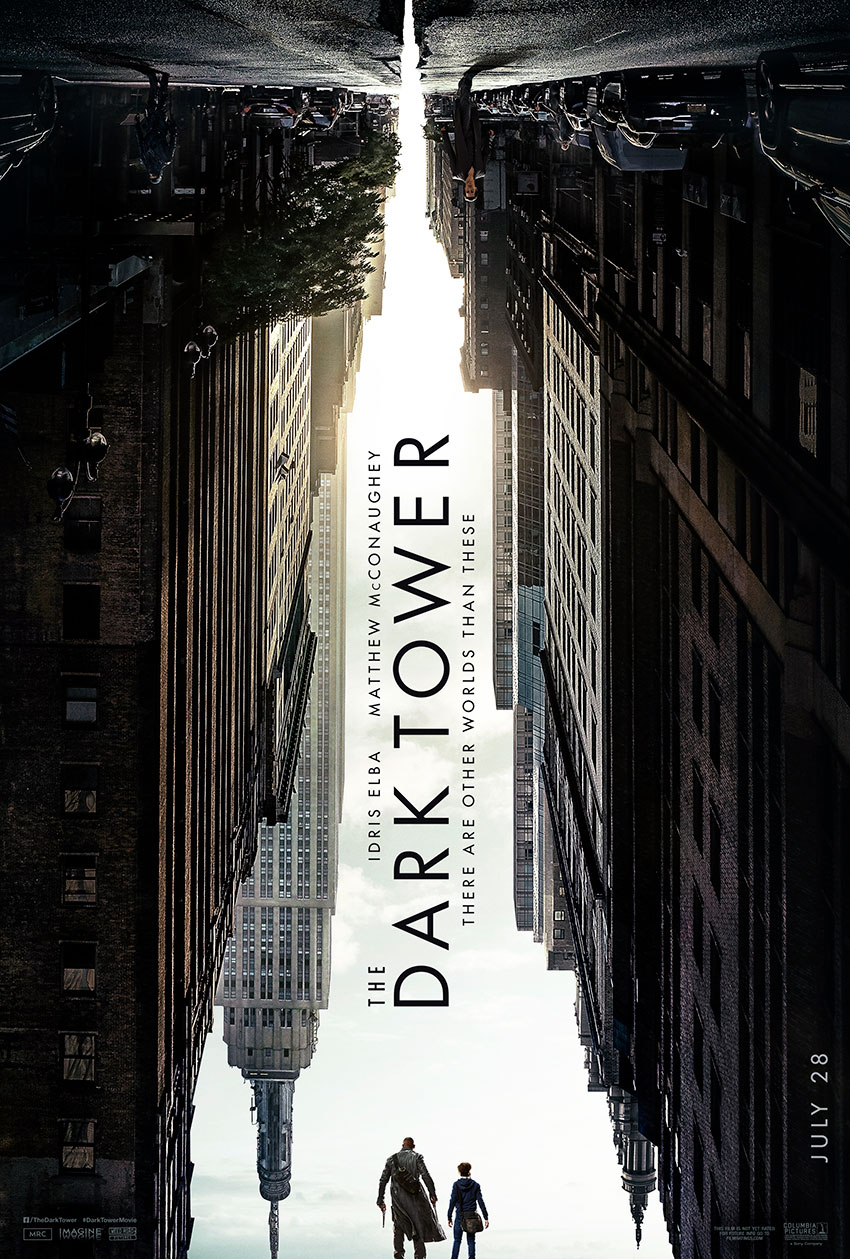 The Dark Tower series tells the story of Roland Deschain, Mid-World’s last gunslinger, who is traveling southeast across Mid-World’s post-apocalyptic landscape, searching for the powerful but elusive magical edifice known as The Dark Tower. Located in the fey region of End-World, amid a sea of singing red roses, the Dark Tower is the nexus point of the time-space continuum.  It is the heart of all worlds, but it is also under threat. Someone, or something, is using the evil technology of the Great Old Ones to destroy it.