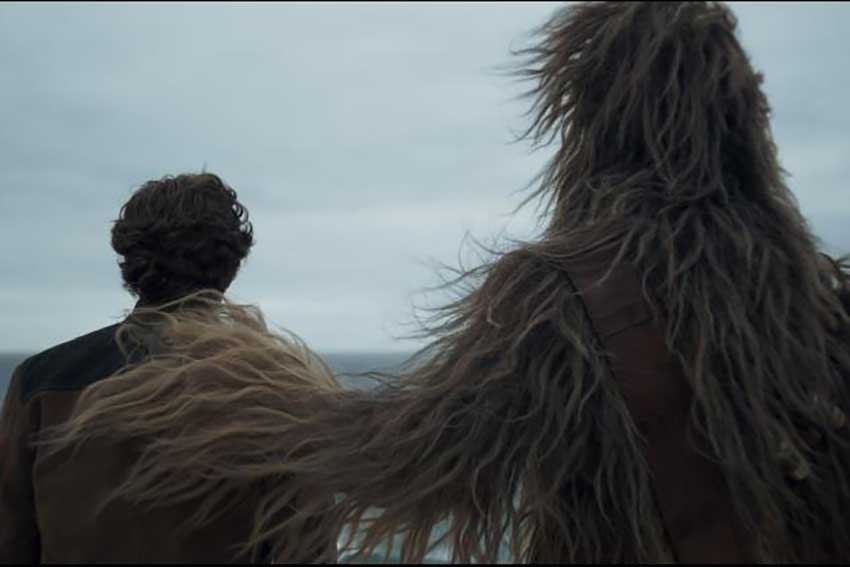 LucasFilm and Disney released a new one-minute spot, and in the preview Han Solo and Chewbacca are getting to know each other. And who doesn't love that bromance which makes this new footage the best of all the previous previews.

SOLO: A STAR WARS STORY is a month away and we're giddy with anticipation at seeing our favorite duo with their own STAR WARS movie.  The film opens May 25.

Board the Millennium Falcon and journey to a galaxy far, far away in “Solo: A Star Wars Story,” an all-new adventure with the most beloved scoundrel in the galaxy. Through a series of daring escapades deep within a dark and dangerous criminal underworld, Han Solo befriends his mighty future copilot Chewbacca and meets the notorious gambler Lando Calrissian, in a journey that will set the course of one of the Star Wars saga’s most unlikely heroes. The film stars Alden Ehrenreich, Woody Harrelson, Emilia Clarke, Donald Glover, Thandie Newton, Phoebe Waller-Bridge, Joonas Suotamo, and Paul Bettany.