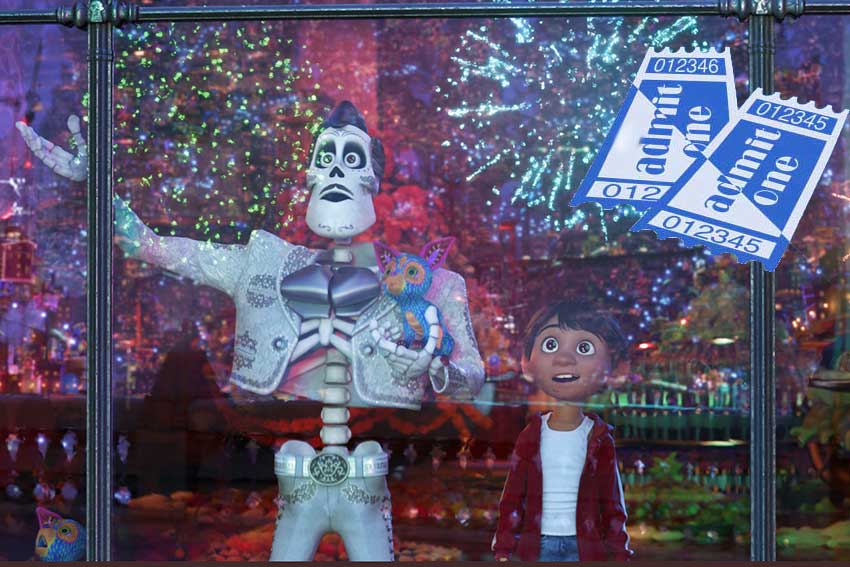 Disney*Pixar's COCO is coming to movie theaters This Thanksgiving, and CineMovie has an advance screening of COCO in Los Angeles. Read on to find out how to enter.

Despite his family’s baffling generations-old ban on music, Miguel (voice of newcomer Anthony Gonzalez) dreams of becoming an accomplished musician like his idol, Ernesto de la Cruz (voice of Benjamin Bratt). Desperate to prove his talent, Miguel finds himself in the stunning and colorful Land of the Dead following a mysterious chain of events. Along the way, he meets charming trickster Hector (voice of Gael García Bernal), and together, they set off on an extraordinary journey to unlock the real story behind Miguel's family history.

To enter COCO Los Angeles Ticket Giveaway, click on the form below.

PROMOTION DESCRIPTION: COCO Los Angeles Ticket Giveaway (“Sweepstakes”) begins on or about November 10, 2017 at 6:00 p.m. Eastern Time ("ET") and ends on November 21, 2017 at 11:59 p.m. ET (the “Sweepstakes Period”) as long as tickets last.  At the end of the Sweepstakes Period, a random drawing will be conducted to select winners from among all eligible entries received, as more fully set forth in the OFFICIAL RULES.  Entry in the Sweepstakes does not constitute entry into any other promotion, contest or sweepstakes.  By participating in the Sweepstakes, each entrant unconditionally accepts and agrees to comply with and abide by these Official Rules and the decisions of CineMovie TV, 2700 Arlington Ave. Ste. 101 Torrance, CA  90501 (“Sponsor”), which shall be final and binding in all respects.