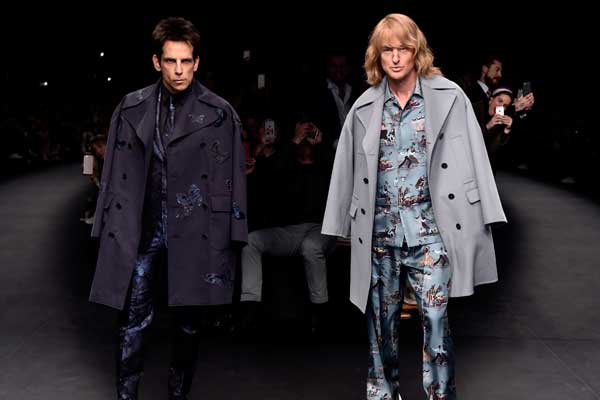 Ben Stiller and Owen Wilson are so psyched to get back onto the catwalk in ZOOLANDER 2 that they actually surprised everyone at the Valentino Fashion Show in Paris as Derek Zoolander and Hansel. The funny stunt was to announce the release date for the sequel which will open in theaters nationwide on February 12, 2016.