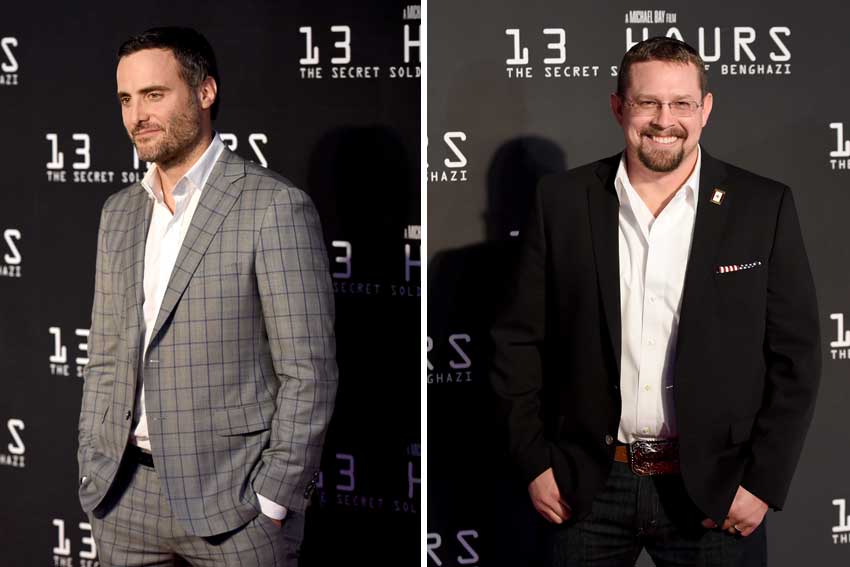 Actor Dominic Fumusa plays real-life hero John “Tig” Tiegen in Michael Bay’s 13 HOURS: THE SECRET SOLDIERS OF BENGHAZI, coming to home release on Tuesday, June 7th.  CineMovie spoke with both the actor and the Benghazi hero on working together and getting the truth out there about the Benghazi attacks.

13 HOURS: THE SECRET SOLDIERS OF BENGHAZI tells the incredible true story of six elite ex-military operators who fought to protect the CIA when terrorists attacked a U.S. diplomatic compound on September 11, 2012 in a battle that lasted 13 hours.  John “Tig” Tiegen was one of the ex-military contractors assigned to Beghazi, and one of the four survivors from his team. Countless others in the CIA compound were saved by his team.

Dominic Fumusa ("Nurse Jackie") had one month’s preparation to play “Tig” in 13 HOURS, based on the book by the same name as told from Tiegen and the three other members of his team.

Tiegen tells CineMovie he and Dominic didn’t have much time together given the short time frame, but Dominic nailed his mannerisms in the movie, according to Tiegen’s wife. However, when they met for the first time, he admits he wasn’t an open book.

“I’m getting a lot more open now, but I was still a little reserved then.” 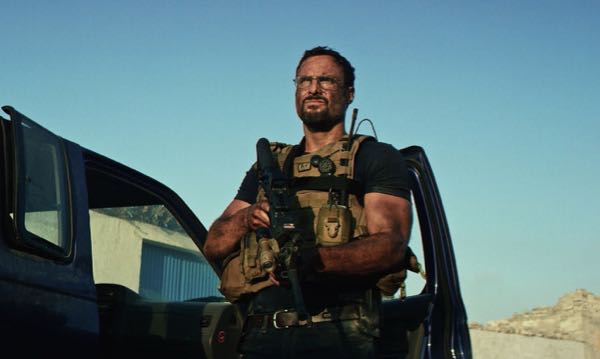 Despite being guarded, Dominic Fumusa says he wanted to know Tiegen’s thoughts and emotions that fateful night. Since the film’s shoot and promotion for 13 HOURS, Fumusa and Tiegen have become good friends.

“He feels like a brother to me. We all bonded in a special way,” Fumusa explains.

Both Fumusa and Tiegen gained new respect for each other's professions. Tiegen didn’t understand what actors go through to portray a character especially one that is based on a living person. “It’s freakin’ difficult,” exclaims Tiegen.

“They have a pretty hard job trying to figure things out.”

Fumusa, on the other hand, says he has a new appreciation for the men and women in the armed services since playing Tiegen in the Michael Bay war movie.

“It’s so much more profound after going through this experience. It’s such an important story and stories like it in that we honor what they've done.” 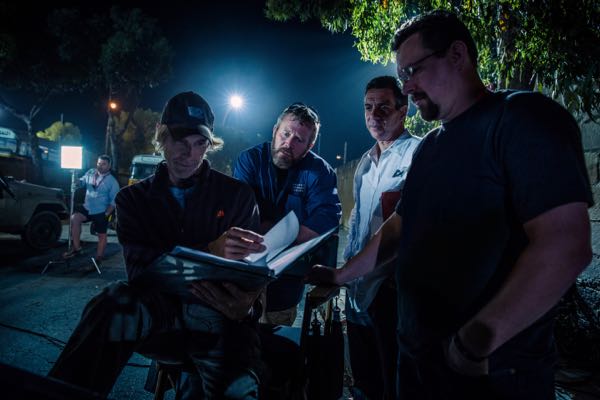 While Fumusa has a new respect for military personnel he doesn’t see himself in that real-life role as an elite soldier fighting terrorists.

“I understand to a certain extent but I’m still not able to wrap my brain around that.”

He adds the experience is one that will never be replicated.

“This was a seminal moment for me. I don’t know that I’ll ever get to do something so thrilling and so important as an actor.”

While actors role play for many films and television projects, Fumusa says he felt a  “tremendous responsibility” in bringing truthfulness and accuracy to the Benghazi story. Fumasa says director Michael Bay gathered the actors in his Los Angeles office before production began to talk about the importance of “getting it right” and in a “truthful way.” 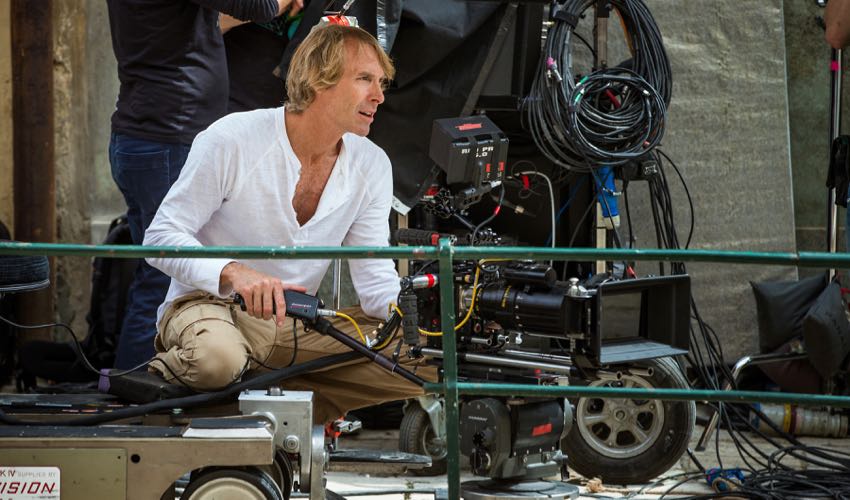 Both Fumusa and Tiegen admit Michael Bay was the right choice for the project because of his love and respect for the military in all his films. “They got the right director for it” Tiegen tells CineMovie. He jokes that the only disappointment from Bay came in the way of not meeting Optimus Prime, but he did have the pleasure of a Bumblebee introduction.

Fumusa reveals Bay always has military guys on set even on TRANSFORMERS, advising him on logistics and accuracy. For 13 HOURS, Tiegen and his partners that night Mark "Oz" Geist and Kris "Tanto" Paronto were on set at different times during the production and constantly consulted on accuracy of the story, acting and logistics.

“The attention to detail was just awesome, “ praises Tiegen.

Hearing that from the actual guys the movie is about, was rewarding to Fumusa, but more so when other soldiers validated their efforts after watching 13 HOURS in Dallas for a special screening for military families.

“The greatest compliment anyone gets is when a military person sees the movie and says, yeah man, that felt real to me. That’s real accurate.’ “

Accuracy was a big deal for the men who fought that night. The Benghazi tragedy was turned into a political circus when the blame game overshadowed the true story of heroism. “It started getting under our skin,” admits the former soldier who says he and his team were on their second deployment after Benghazi when they heard about the “twisting” of facts by politicians and the media for political gain. They discussed going on a media tour to reveal the truth, but they knew the media would further twist their words. The best option was to write a book and set the record straight about the events that night. 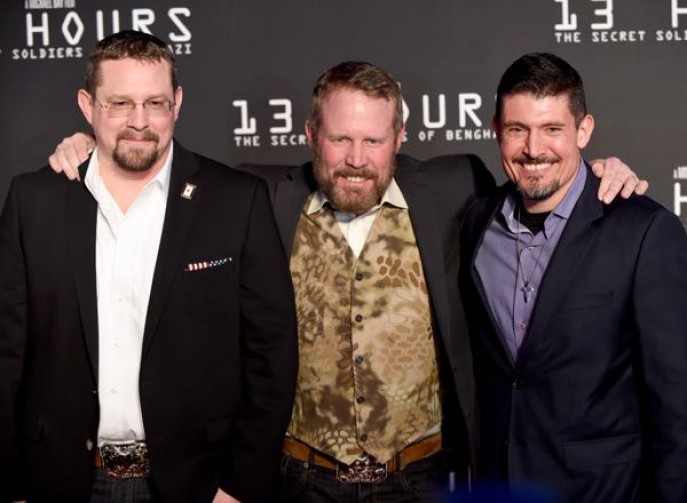 Fumusa and Tiegen don’t see the film as political nor was it intended as a commentary on the night’s event, but the true story of heroism.

“This story got lost. The story of their heroism and their courage that night was getting lost in all this political football,” says Fumusa.

Unfortunately 13 HOURS the movie also got lost during one of the most bizarre election years in American history.  Fumusa hopes the home release will let others discover and appreciate the film which he considers a great war time movie that belongs with others in the same genre such as SAVING PRIVATE RYAN, BLACK HAWK DOWN, THE LONE SURVIVOR, etc.

“If this movie had come out in any other year, it would’ve totally had a different response.”

The time has come to appreciate 13 HOURS:THE SECRET SOLDIERS OF BENGHAZI. The Michael Bay film is now on Blu-ray, DVD and Digital Download.

13 HOURS: From The Men Who Lived It Featurette