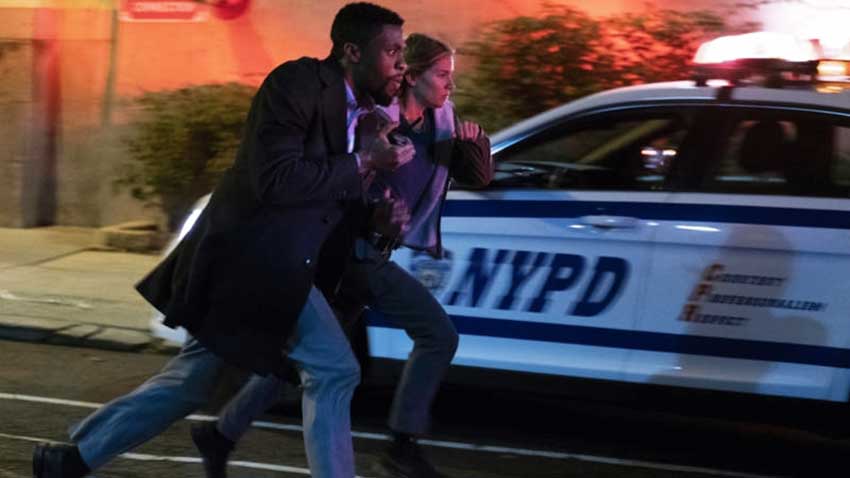 Chadwick Boseman stars in the new action thriller 21 BRIDGES, and once again he's running. The 21 BRIDGES actor seems to gravitate towards the running man role. For his latest movie, Boseman had to run after the bad guys along with his costar Sienna Miller who put a "fire under him" whe she sprinted past him in the scene. Listen below as he explains why he had to put on his game face when running next to his costars.

After playing Jackie Robinson and the Black Panther for the Marvel movies, Boseman was looking to take it easy in his next film but then he booked 21 BRIDGES. As NYPD Detective Andre Davis, Boseman sprints after some bad guys specifically Stephan James who also played a real-life sports figure Jesse Owens. The game was on when the two competed for the fastest running man during a scene, but Boseman also had to step up his game when Sienna Miller's sprinted past him. She explains in the interview that she was very athletic during her school days which helped in 21 BRIDGES.

21 BRIDGES is in movie theaters November 22.