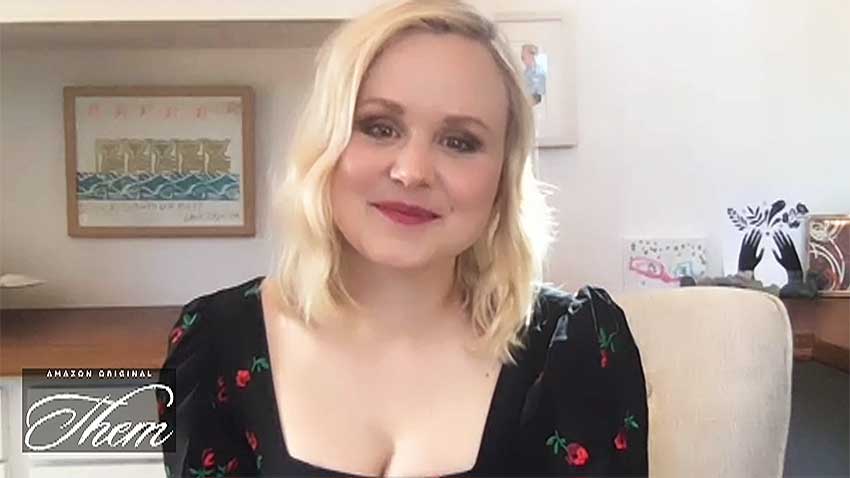 Alison Pill (Star Trek: Picard) plays Betty, a racist 50s housewife who terrorizes her new Black neighbors in the Compton area of Los Angeles in the Amazon series, Them. The actress tells CineMovie it wasn't easy playing a despicable character, and she felt terrible once the cameras cut. She jokes that she asked her costar Deborah Ayorinde to hit her after shooting certain scenes.

Them is currently streaming on Amazon Prime. From Little Marvin and Lena Waithe, Them is a limited anthology series that explores terror in America. The first season, 1950s-set Covenant, centers a Black family who moves from North Carolina to an all-white Los Angeles neighborhood during the period known as The Great Migration. The family’s idyllic home becomes ground zero where malevolent forces, next-door and otherworldly, threaten to taunt, ravage and destroy them.