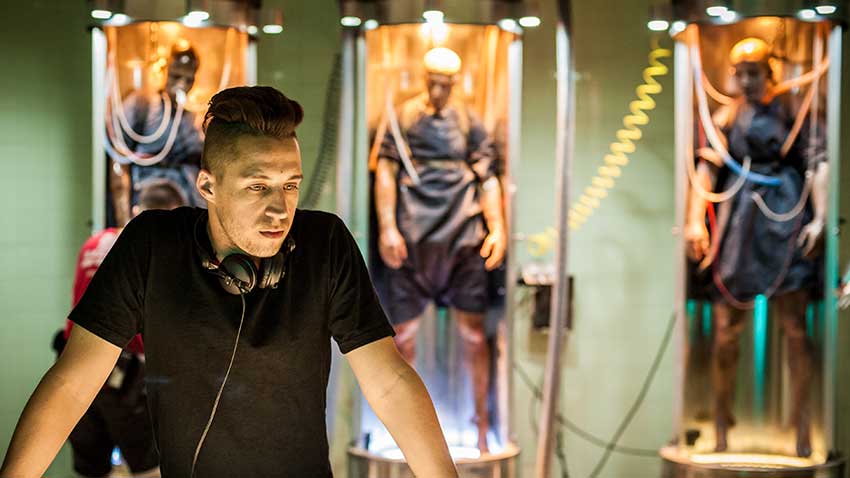 The U.S. government rounds up the American-born children of undocumented immigrants and sends them to work at a retirement home but things are not what they seem when they arrive in the new horror-thriller AMERICAN CARNAGE. The premise sounds far-fetched and director Diego Hallivis (CURVATURE, GAME TIME) tells CineMovie the film executives pushed back on the idea but then America changed for the worse and AMERICAN CARNAGE was made. The director and two of the stars, Allen Maldonado and Bella Ortiz discuss their journey in making the relevant film.

SYNOPSIS: After a governor issues an executive order to arrest the children of undocumented immigrants, the newly detained youth are offered an opportunity to have their charges dropped by volunteering to provide care to the elderly. Once inside the eldercare facility, the volunteers discover the governor and the facility’s supervisor have cooked up a horrifyingly depraved conspiracy that endangers the young and the old in this twisted thriller-comedy.