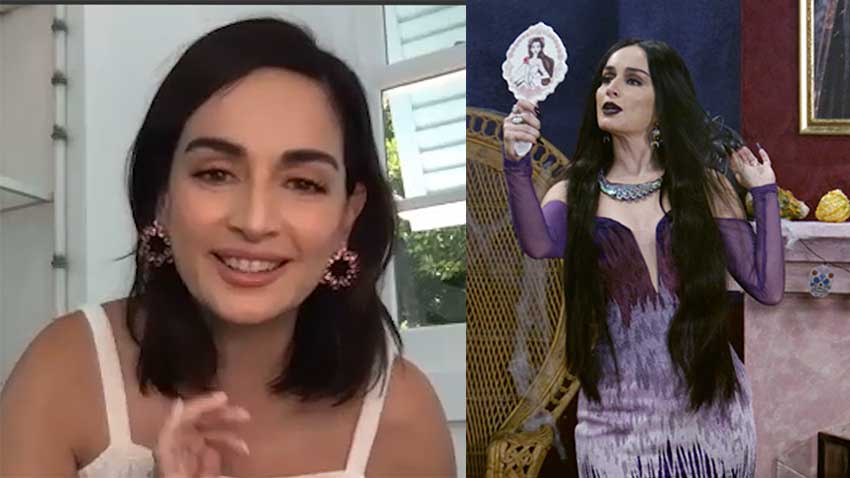 The beloved Mexican actress Carmen Salinas, in one of her last roles, makes multiple cameos in "Ana" season 2 cursing out star Ana de la Reguera. Ana chats with CineMovie about the hilarious new season and recounts working with the late actress.

In season 1 of Ana, Ana de la Reguera showed us a raw side to her personality with open discussions around her sexuality in exaggerated scenarios. Season 2 plays more like a sitcom focusing on her day-to-day comedy errors in regards to her career choices and pitfalls including playing Morticia-type character in The Addams Family rip-off for Spanish television.

The Spanish-language series starts streaming on Pantaya on Friday, July 22 in the U.S. and Puerto Rico.