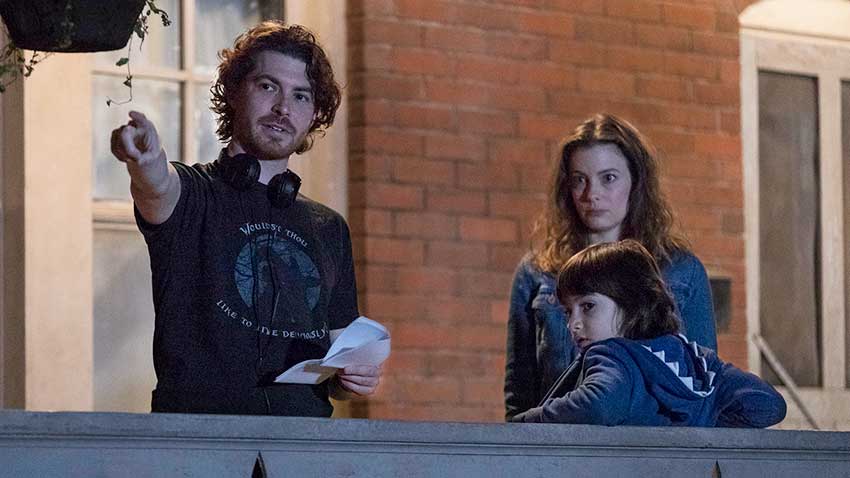 Chase makes his feature film debut with COME PLAY. It is based on his short film, LARRY which got the attention of producers from The Picture Company. After a series of shorts, he won the 2016 Doritos’ Crash the Super Bowl ad contest with “Doritos Dogs." and a chance to be mentored by Zack Snyder on the set of JUSTICE LEAGUE. He used the prize money to make the short film, LARRY.

Oliver Sutton (Azhy Robertson), a non-verbal eight-year-old on the autism spectrum, communicates by typing and drawing on screens. His parents Sarah (Gillian Jacobs) and Marty (John Gallagher Jr.) struggle to maintain their marriage while supporting Oliver’s unique needs. Lonely, and often bullied at school, Oliver really wants a friend. His isolation intensifies when his parents separate. He retreats even further into his screens.

When a children’s storybook called “Misunderstood Monsters” mysteriously shows up on his phone, Oliver begins reading it, discovering the story of a lonely creature named Larry. Oliver quickly realizes that the more he reads, the more Larry comes into the real world in search of a friend. Sarah becomes concerned as Oliver starts talking about the lanky 10-foot-tall creature named Larry on his phone. When his phone is thrown away by school bullies, the storybook and Larry reappear on Oliver’s tablet and the creature offers to protect Oliver from those bullies or any other monsters that might come his way.

Sarah arranges a slumber party at her house to help Oliver come out of his shell and play with other kids, but Larry materializes and terrorizes everyone. Sarah finally sees Larry for herself. As Larry’s pursuit of Oliver’s friendship crosses the line from aggressive to dangerous, Sarah and Marty must overcome their differences to protect their son, ultimately realizing that there is only one way to appease Larry and save Oliver.