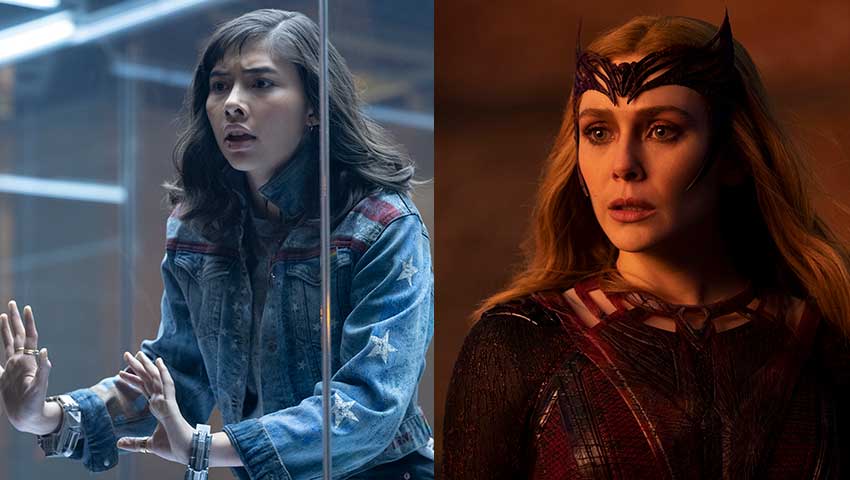 Xochitl Gomez (The Babysitters Club) enters the MCU as America Chavez in DOCTOR STRANGE AND THE MULTIVERSE OF MADNESS. The young newcomer looked to Elizabeth Olsen for some acting pointers.

Doctor Strange faces his greatest challenge when he opens the doorway to the multiverse and encounters various versions of himself and others.

In the Marvel comics, America Chavez's superpowers include traveling across the multiverse. In the DOCTOR STRANGE sequel, Gomez is introduced as a younger version of the Marvel character. She joins Benedict Cumberbatch, Elizabeth Olsen, Benedict Wong and Rachel McAdams.

The relative newcomer was in awe of the company she was keeping on the Marvel set. When asked who she looked to as a mentor, she followed Elizabeth Olsen's lead before every take. Both Benedict Cumberbatch and Elizabeth reacted to Xochitl's admiration of the actress during the recent DOCTOR STRANGE AND THE MULTIVERSE OF MADNESS press conference.

XOCHITL: Well, I mean, all of these people are great. [LAUGH] But in particular, I did look at Lizzie, you know, especially while she was acting, and getting ready to kind of do the scene, I would just kind of watch her, I swear, it's not stalker like. [LAUGH] And even like it sounds stalker like, but it's not like that.

BENEDICT CUMBERBATCH: We were all doing the same thing.

BENEDICT CUMBERBATCH: We were all mesmerized by Lizzie. 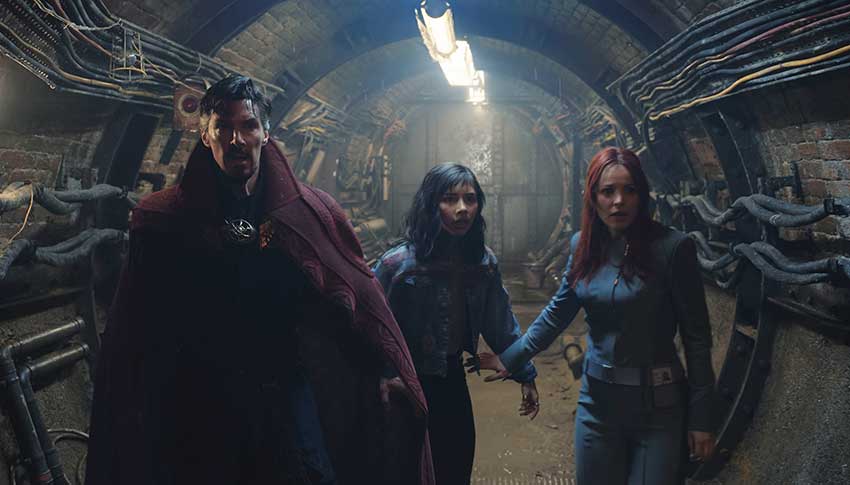 XOCHITL: You know, because she's just so.

BENEDICT CUMBERBATCH: Own it.

XOCHITL: I mean, especially me as a young girl, I would, you know, constantly look up to her, and I realized how much like, you know, five minutes before a scene that's kind of difficult, she would kind of get in that moment. And I realized that, "Oh, well, if she's doing it, I should probably do it, too."

And so, I did do that. And it helped me. I just learned so much from her, and she doesn't even know it. [LAUGH]

DOCTOR STRANGE AND THE MULTIVERSE OF MADNESS premieres May 6 in exclusively in movie theaters.