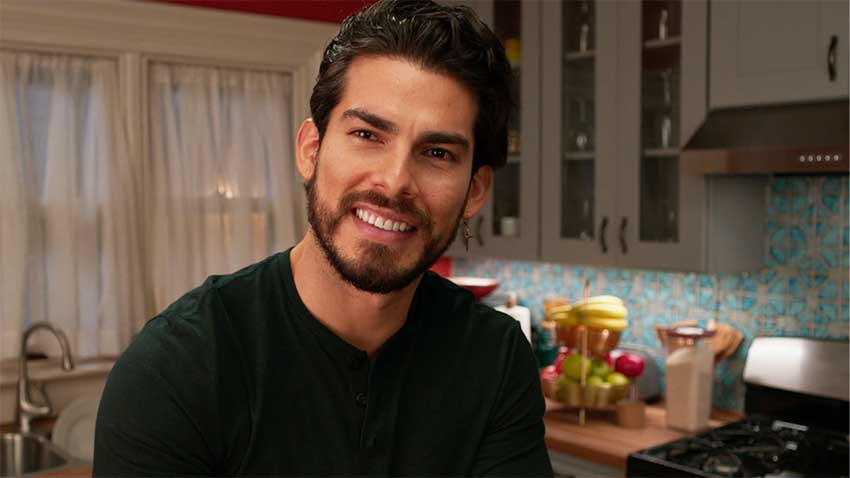 Actor Angel Garet reprised his role as Jesus in the second season of First Wives Club on the BET+ series. Last season he was the sexy bartender with who Michelle Buteau's character had a tryst, and in the new season, he's her family's manny.

More about FIRST WIVES CLUB
The pressures of new jobs and news loves are introduced in the second season of the FIRST WIVES CLUB as Bree and Gary deep dive into rekindling their marriage, which is complicated by Bree's big promotion and the introduction of a sexy hospital administrator. Meanwhile, Ari struggles with trying to balance working in Los Angeles temporarily and her long-distance relationship with David as he's busy fulfilling his first term as State Senator. After starting her own record label, Hazel attempts to sign her first artist while returning from her world tour with a sexy plus one. At Ari's request, Hazel and Bree welcome a new friend, Jayla, into their clique. Season two finds the newly minted quartet navigating the pressure of their professional lives and evolving romantic relationships through the enviable bonds of their friendship.
FIRST WIVES CLUB stars Jill Scott, Michelle Buteau, Ryan Michelle Bathé and new cast member Michelle Mitchenor, with RonReaco Lee and Mark Tallman also reprising their roles. Essence Atkins, Gary Dourdan, Jordan Carlos and Mikhail Keize will also join this season in recurring roles.

The 10-episode, half-hour, scripted series is executive produced and written by Tracy Oliver and based on the popular 1996 film of the same name. From Oliver: “First Wives Club is for, about and by Black women. We're excited to bring fans another season that continues to show and pay homage to the beauty, pain and joy of real, grown, successful women of color living their lives and the strength that sisterhood shares. Forget hot girl summer, it's going to be a hot WIVES summer.”