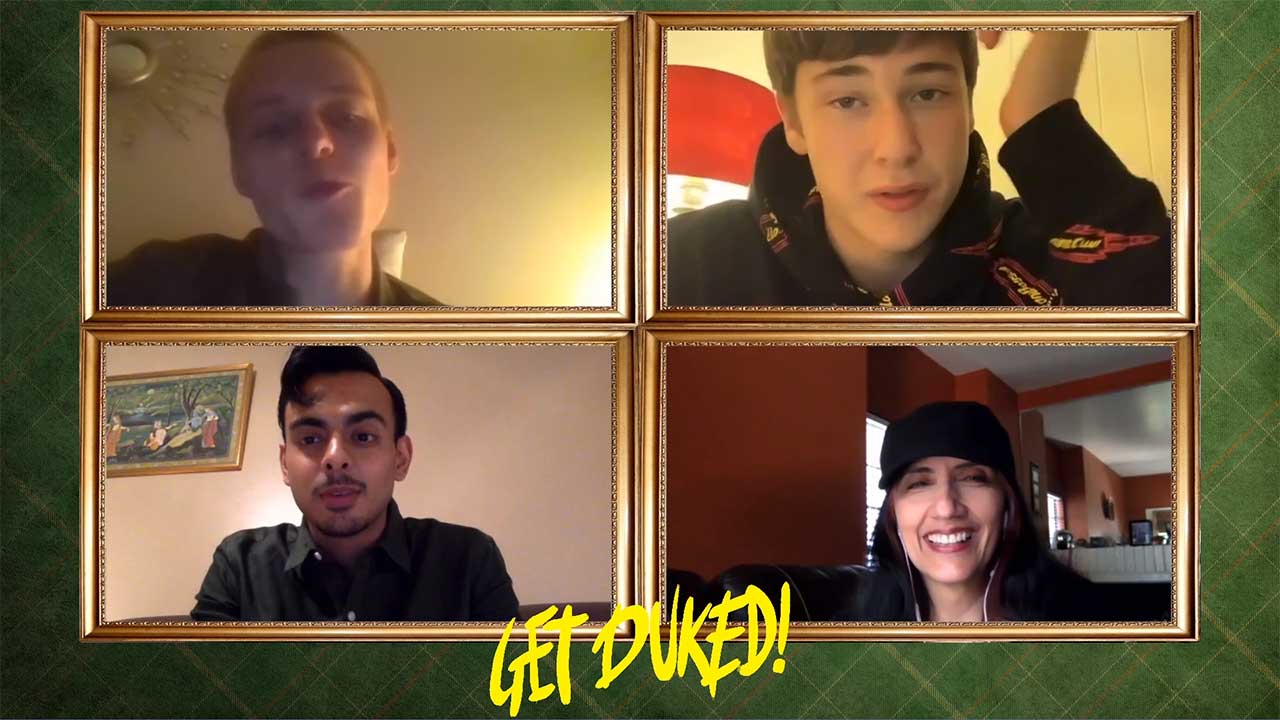 GET DUKED's premise is a hilarious one in that the Duke of Edinburgh aka Prince Philip is secretly killing off slackers in the Scottish Highlands. CineMovie talked to director Ninian Doff and the cast about this black comedy that's a cross between TRAINSPOTTING, THE PURGE and BEAVIS AND BUTTHEAD. CineMovie zoomed with the writer/director and stars Samuel Bottomley, Lewis Gribben and Viraj Juneja to talk about the wild movie, and whether they need to watch their backs with the British royals.

Now playing on Prime Video, GET DUKED is produced by Tobey Maguire (Spider-Man) and Eddie Izzard who also stars in the wacky movie by new filmmaker Ninian Doff. Described as an "anarchic satire of generational politics," GET DUKED is a black comedy that takes on the status quo.

Official Synopsis
An anarchic satire of generational politics, hip-hop loving farmers and hallucinogenic rabbit shites that puts the youth of tomorrow against the status quo of yesterday.

Written and Directed By: Ninian Doff