Interview: Erin Moriarty Confesses She Almost Soiled Her Bed In 'The Boys' Season 2 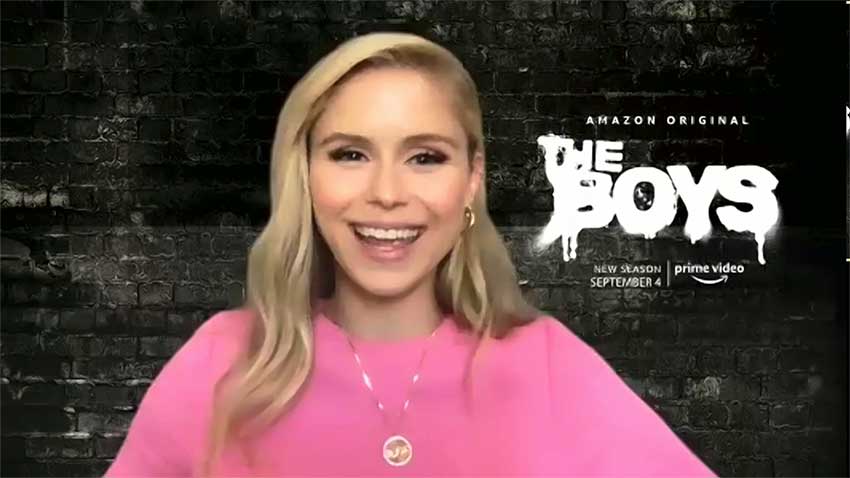 'The Boys' star Erin Moriarty promises her scenes for season 2 will be some of the craziest things she's done but there's one thing she had to do that almost made her "sh** her bed." Find out what it was in this video interview with her costar Jack Quaid.

On "The Boys" Season 2 of the Amazon Prime Video series, the Boys are on the run thanks to the Supes. The new season will premiere Friday, September 4, 2020 with three episodes, culminating in an epic season finale on October 9. Like the first season, the series will consist of only eight-episodes.

'The Boys' Chace Crawford Not Returning For Season 3?

This season Erin's Annie aka Starlight is secretly helping the Boys in their quest to bring down the Supes. Erin may have a thing for Hughie (Quaid) and vice versa, but the two can't say whether their characters will hook up this season.  What Erin can reveal is that she'll have some pretty crazy scenes at the end of the season, but one of her early tasks on the show caused her great stress. In episode one, Starlight sings for a crowd. During the interview, she confessed when the producers told her she'd be singing, she nearly "sh** her bed." While she has the musical chops, singing in public is a source of great anxiety. Watch as she describes her fear of singing.