Interview: Who Always Gets Axed First in Slasher Films? Meet the Victim -'Murder in the Woods' Catherine Toribio 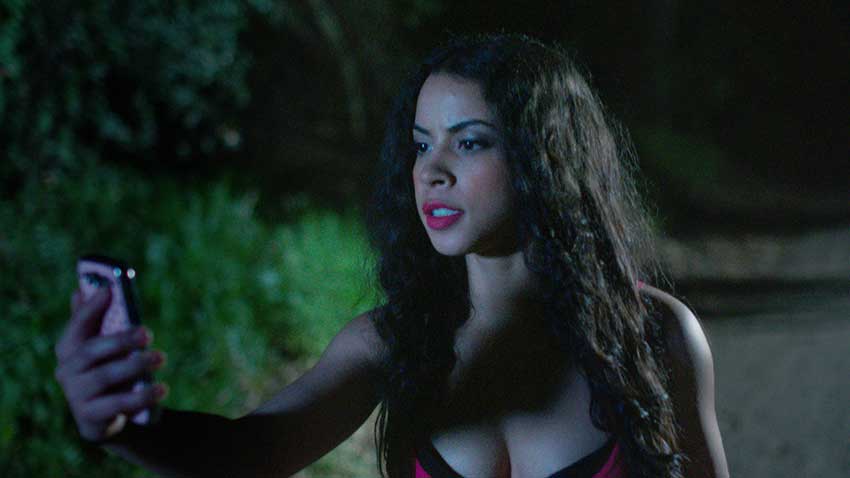 The new horror/slasher flick MURDER IN THE WOODS stars a LatinX cast in familiar roles in the genre. Actress Catherine Toribio plays Celeste, the sexy influencer who loves to antagonize the young group. The Bronx native talks to CineMovie about the role and what went on behind the scenes in creating her mutilated body.

Catherine Toribio is best known for her roles as young Xiomara on "Jane the Virgin" and PARANORMAL ACTIVITY: THE MARKED ONES.  She can curently be seen in a recuring role in Spectrum's original series, " L.A.'s Finest" with Jessica Alba and Gabriel Union.

‘Murder in the Woods’ Movie Review: Just Another Teen Slasher Film But With Latinos

In MURDER IN THE WOODS, a group of friends travel to a remote cabin for a fun weekend until their friends start dying. The slasher film stars Chelsea Rendon, Catherine Toribio, Danny Trejo among up and coming Latinx actors.

MURDER IN THE WOODS is now on Digital and VOD.