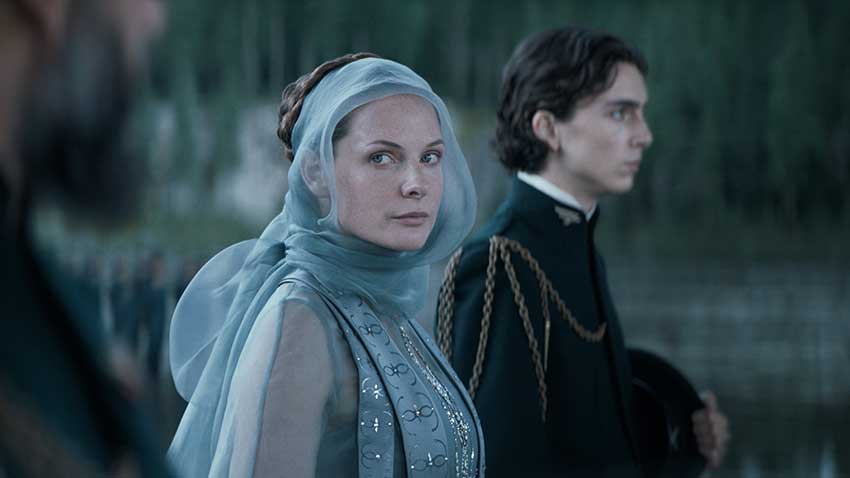 While Rebecca Ferguson portrays the powerful Lady Jessica Atreides in Denis Villeneuve's DUNE, the actor says her character or the women of DUNE don't wield much power in the Frank Herbert universe, although they could take power at will.

In the Herbert story, Lady Jessica is part of the Bene Gesserit sisterhood trained in the art of mind-control and for centuries running a human genetic breeding program to produce an heir they could control. The Reverend Mother has influence over the politics but the leaders don't abide by their wishes and are often dismissed as witches.

In the novel, the women appear veiled. In David Lynch's 1984 adaptation, he dispensed with the face coverings but Villeneuve stuck to Herbert's vision.

Ferguson wore a few veils in DUNE which she describes as beautiful designs but one, in particular, was the most uncomfortable. One of the headpieces required a chain-like rosary draped over her face along with the veil material. She describes it as "heavy" because of its weight and going through multiple takes didn't make it any easier as it seemed to get heavier with time.

For a futuristic society, veils on women seem backward but the Dune universe is rooted in the past. Lady Jessica is referred to as a concubine and women are not in any position of power. Feudalistic practices also dominate the landscape where worlds are conquered and people enslaved at the whim of an emperor.

When asked if she saw Lady Jessica as a powerful kick-ass woman, Ferguson didn't agree with the assessment. "I don't see her that way," the actress quipped during a roundtable discussion. She added Dune is a man's world and "women don't have a seat at the table," she says. Although she did point out that the Bene Gesserit's could easily take power with their superhuman abilities, but it's not that story. 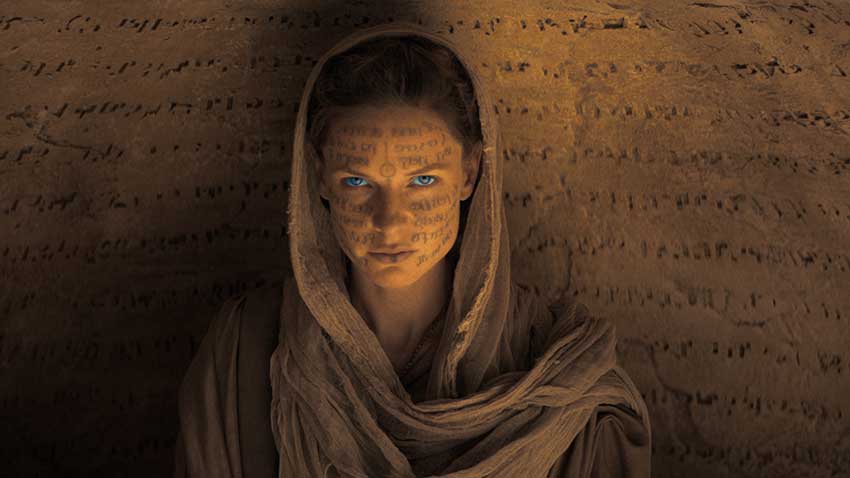 Villeneuve did gender swap the character of science officer Dr. Kynes (Sharon Duncan-Brewster) to counterbalance the image of these veiled characters. Zendaya's Chani could be seen as a powerful character although she doesn't have much screen time in part one of Villeneuve's DUNE.

Funny enough, however, that is the purpose of the Bene Gesserits - to install a messiah or Kwisatz Haderach to take control. Too bad Lady Jessica threw a wrench into that plan when she bore Duke Leo Atreides a son instead of a daughter as her firstborn.

DUNE is now playing in movie theaters and on HBO Max.