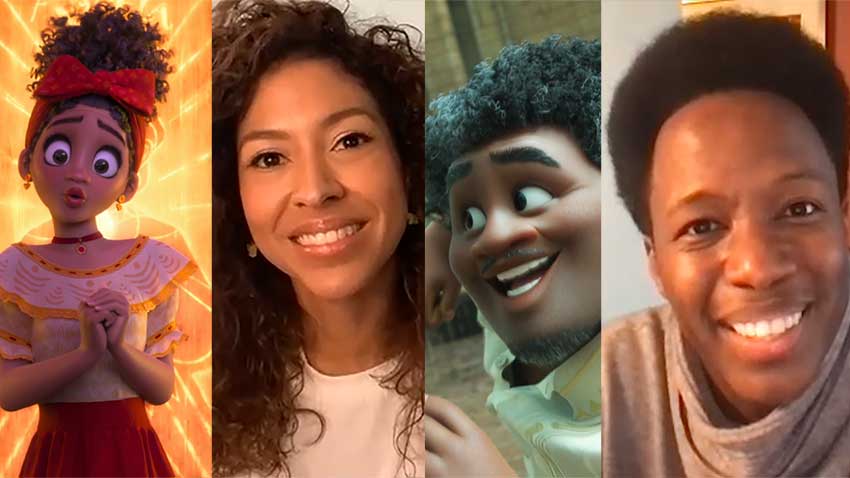 Musical artists Adassa and Mauro Castillo were asked to join Disney's ENCANTO and they say it was a dream come true to be part of an animated Disney film. ENCANTO takes place in Colombia, Mauro's homeland, and that of Adassa's parents which excited them when the call came in to be part of the animated musical.

The film tells the tale of the Madrigals, an extraordinary family who live in a wondrous, charmed place called an Encanto. Each child has been blessed with a magic gift unique to them—each child except Mirabel. But when the family’s home is threatened, Mirabel may be their only hope. Adassa voices Dolores, Mirabel’s cousin while Mauro Castillo portrays the role of Felix, Mirabel’s uncle.

The film features all-new songs by Lin-Manuel Miranda (“Hamilton,” “Moana”) and is directed by Byron Howard (“Zootopia,” “Tangled”) and Jared Bush (co-director “Zootopia”), co-directed by Charise Castro Smith (writer “The Death of Eva Sofia Valdez”) and produced by Clark Spencer and Yvett Merino. Bush and Castro Smith are screenwriters on the film. The filmmakers were deeply inspired by their research trip to Colombia during early development of “Encanto,” as well as their continuous work with a group of expert consultants assembled through the course of the film’s production.