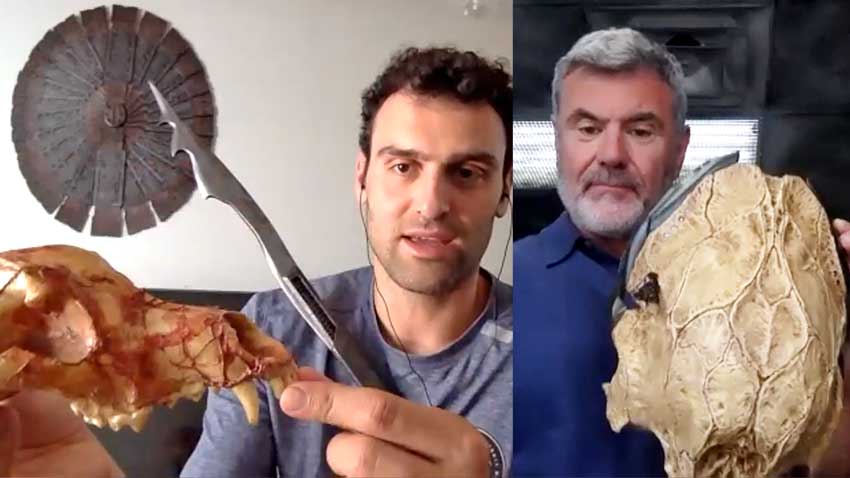 Creature designers Tom Woodruff Jr. and Alec Gillis take us behind the scenes in the making of the new Predator for the PREY movie along with the actor in the Predator suit, Dane DiLiegro. Watch the interview below.

PREY premiered this weekend on Hulu, and the action-thriller became the #1 debut ever for the streaming service. PREY was also the most watched film premiere on Star+ in Latin America and Disney+ under the Star Banner in all other territories.

Tom and Alec are two of the major Character Effects talents in the business today, with their work gathering numerous accolades and awards including an Academy Award for DEATH BECOMES HER and multiple Academy Award nominations for STARSHIP TROOPERS and ALIEN3.

Tom and Alec continue to be personally involved in the performance of their characters as well. Tom continues to perform in a variety of creature and animal rolls as lead characters in the features THE THING, ZOOKEEPER, OLD DOGS, AVP (ALIEN VS. PREDATOR), EVOLUTION, BEDAZZLED, HOLLOW MAN, ALIEN RESURRECTION AND ALIEN3, JUMANJI, THE X-FILES feature, and more, as well as television series such as Two and a Half Men, Harry’s Law, nip/tuck, Chicago Hope, and Seven Days.