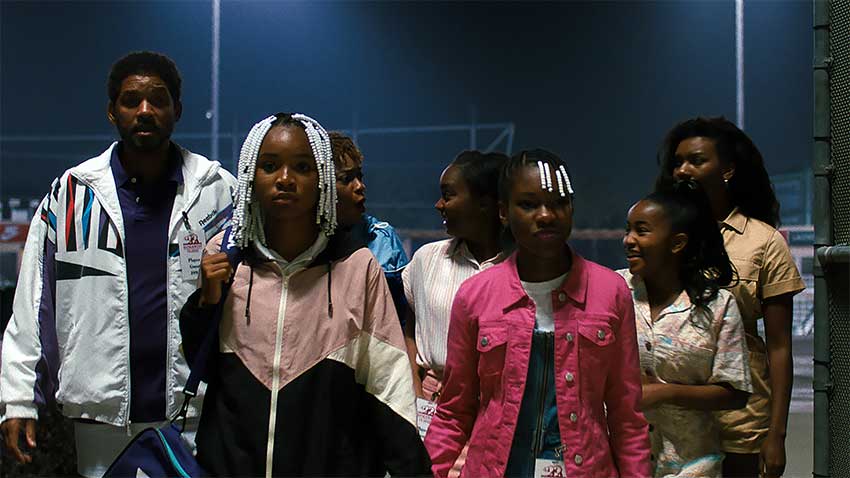 Tennis legends Venus and Serena Williams were destined for greatness as planned by their father Richard Williams before they were born. Richard trained his daughters as their coach and claimed to have a manifesto outlining their path in conquering the white, elitist tennis world. Will Smith was so taken with Richard Williams’ protective nature and perseverance that he wanted to tell how this father’s unorthodox methods propelled his daughters into legendary status in KING RICHARD.

After watching an interview with Venus in which Richard came to his daughter’s defense when a reporter attempted to break down her confidence, Smith became enamored with his parenting skills. At the press conference promoting KING RICHARD, Smith describes Richard as a lion protecting his cub.

“Her lion wasn’t going to let anything happen to her,” says Smith. “I fell in love with Richard Williams. That interview really changed my parenting at that time.”

When the opportunity came to tell the story of Venus and Serena Williams in a movie, he was more interested in focusing on their coach rather than the phenoms. “I knew I wanted to show a father protecting a daughter like that to the world.”

Would the sisters have made their mark without Williams’ perseverance? Richard and their mother Oracene (played by Aunjanue Ellis) taught their daughters tennis skills and confidence which took them to the top of their game, but things would've been different if Richard wasn’t knocking on doors and tracking down professional coaches who eventually took the sisters under their wing. Richard knew he could only take the girls so far. 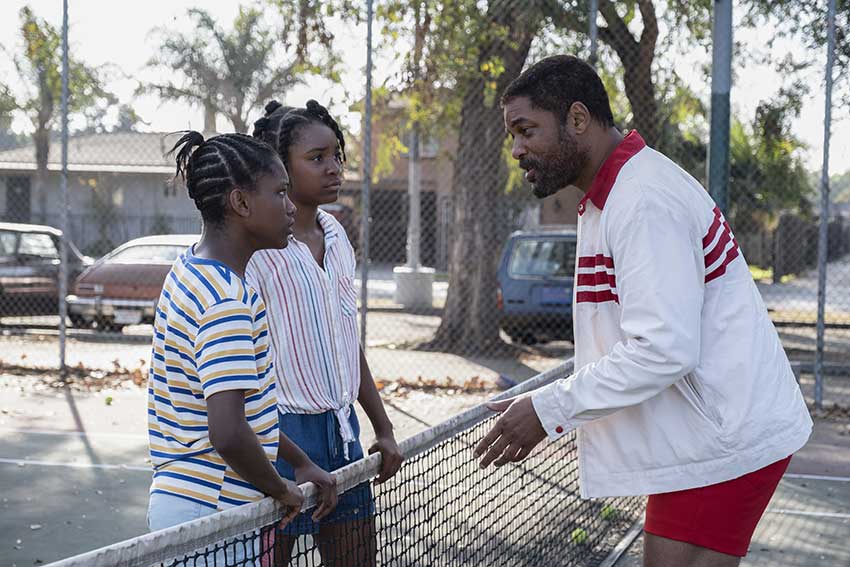 KING RICHARD chronicles Venus and Serena's rise into superstars, played by Saniyya Sidney and Demi Singleton, respectively. Serena and Venus were executive producers on KING RICHARD and had nothing but praises for Smith's portrayal of their father and the actors playing their family.

"I've read the script and every time I watched it, my eyes are just watering," says Venus. "I think it was amazing to see the family atmosphere on the set and how much Demi and Saniyya really acted like Serena and I. Even when the cameras weren't rolling, like holding hands and it was so sweet and I'm just really proud of what everyone has accomplished. And it's, it's pretty surreal to be honest. They really understood our family and portraying us in a way that was really us. And I'm very proud of that.

Serena echoed her sister's thoughts on their family's portrayal and the actor's performance.

"And then to have Will play this role as my father and the way he just embodied Richard Williams is just, was, it just took the whole film to a whole new level, says the tennis icon. "It's so emotional. It's well done. And it's, it's a brilliant piece of work."

KING RICHARD is now playing in movie theaters and on HBO Max.