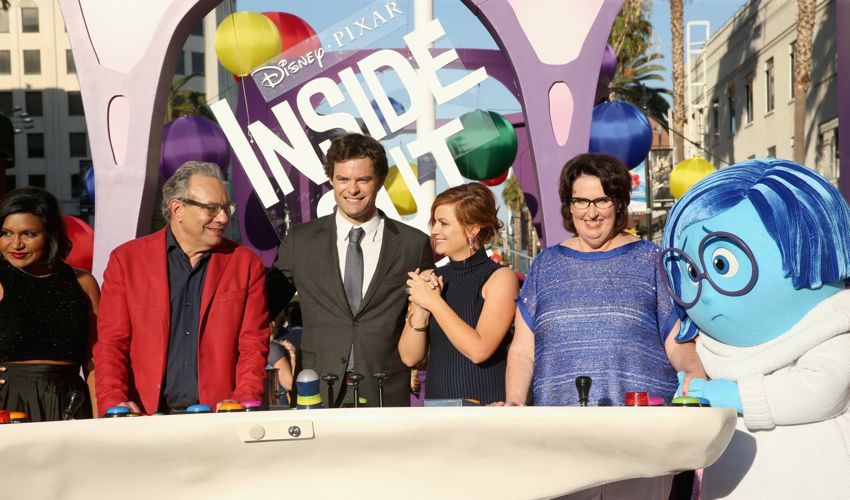 Voicing Pixar characters was a dream come true for INSIDE OUT's voice cast Amy Poehler, Bill Hader, Mindy Kaling, Lewis Black and Phyllis Smith who are long-time fans of Pixar and Disney movies. The cast of the INSIDE OUT film discuss the Disney*Pixar films that most touched them while the former SNL cast mates Poehler and Hader poke fun at the big budgeted formulaic films.

Opening June 19, INSIDE OUT takes us into the mind of a tween. At the Los Angeles press conference, Amy Poehler told the press she admires Pixar's work with films such as Wall-E and INSIDE OUT for their stories which "dare" think outside the Hollywood box. She went on to talk about big concept films which seem to have the same plot line unlike the Pixar films.