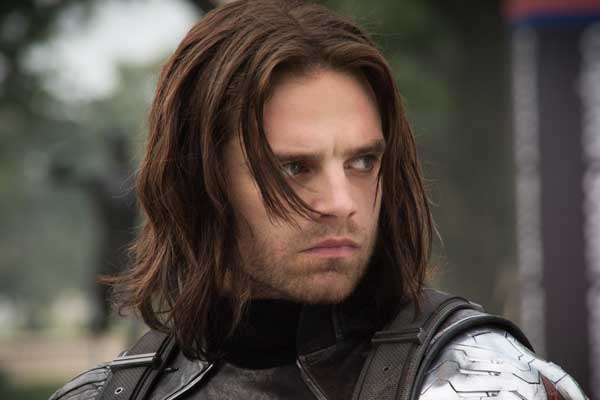 Sebastian Stan transforms from do-gooder Bucky Barnes to super assassin in CAPTAIN AMERICA: THE WINTER SOLDIER, and he's revealing why his super arm was much more fun than wearing that mask.

CineMovie sat down with Sebastian Stan to talk about his return to the Captain America sequel as a changed man working for Hydra. It wasn't the end of Bucky Barnes when he fell off the train in Marvel's first Captain America movie. Stan's Bucky Barnes is resurrected into a super soldier for the villains, but his memories are wiped clean and he no longer remembers his best friend Steve Rogers aka Captain America.

In our one-on-one with Sebastian Stan, the Romanian-born actor talks about preparing for his role and having more action scenes that dialogue.

CM: Marvel has this master plan for all their franchises. When you were cast as Bucky for the first film, did Marvel mention Bucky may return in another film as the Winter Soldier? If not, when did you get the call that you were being resurrected for a sequel?

Sebastian Stan: The way that it kind of went down in the meeting was well….maybe…It wasn’t a no or yes whether he’d be resurrected, it was a maybe. I didn’t know when exactly that wasn’t going to happen. I had anticipated and hoped for it.

CM: How did you react to hearing that you landed the role?

Sebastian: When you’re waiting for that phone call, you always say you’re going to scream. You prepare yourself that way, but when you actually get the call, the most that happens is getting really still and thinking ‘is this really happening?’  ‘Did I hear everything right?’ 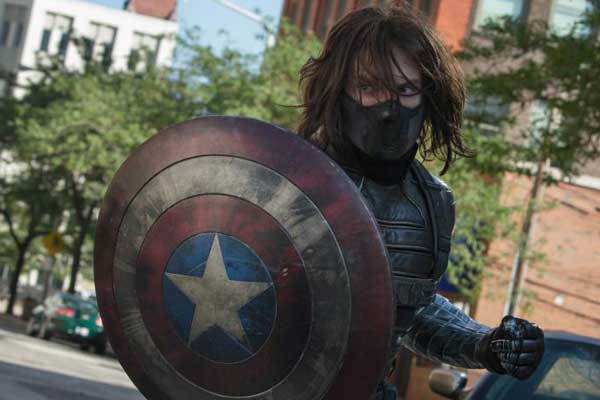 CM: What did you like the most about your Winter Soldier outfit and the least?  That mask didn't look so comfortable.

Sebastian: The masks were hard. We went through various different tests to find the right mask. The one I had at the very end was the most comfortable. I just really loved that arm. I was so happy that I could actually have a “thing,” opposed to a CGI situation.  There were a few of them, but there was this one that was the hero arm and it shined the brightest. That’s the one I always wanted to use.

CM: You don't have a lot of dialogue, but your eyes say it all. Is it harder to convey emotion without dialogue?

Sebastian: It’s literally until you don’t have dialogue when you get to that point of realizing how much communicating we do with speaking and talking. I didn’t have that. I was super-aware of having just eyes to work with, but it made the job more interesting.   CM: The directors went with a hand-held camera for the movie, which puts the viewer right in the action. Was that different for you or it doesn't really affect you whether the camera is hand-held or stationary? 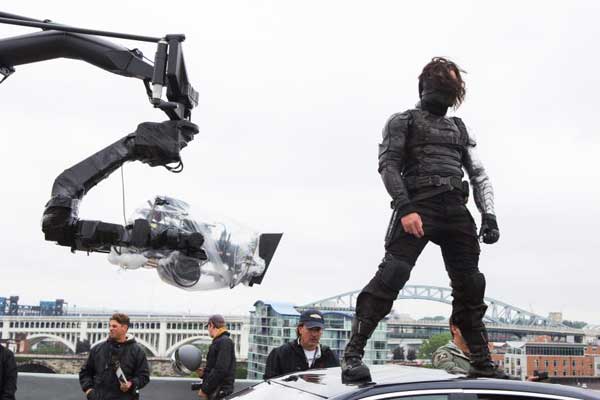 Sebastian: It doesn’t really affect me. I don’t try to pay attention to where the camera is. When we were doing the fight scenes, the camera was the last thing I was thinking about.

CM: Did you have to do any of the fight sequences or was it mainly done with CG and stunt doubles?

Sebastian: I did most of the fighting. We worked really hard with the stunt department. There were certain things that I couldn’t do or wasn't allowed to. I did as much as I could.

CM: Since it may not be the end of the Winter Soldier, will we be seeing you in Age of Ultron?

Sebastian: Well, I haven’t gotten that phone call yet, so I don’t think so.
CM: Where would you like to see the Winter Soldier go in the Avengers franchise?

Sebastian: His story in the comics gets more and more interesting once he regains his memories. I feel like that’s a really interesting storyline that happens there. He’s now someone who’s living with his past and feeling responsible for it. Embracing his own way in the new world is something that would be interesting to work on.


CM: A huge part of the film is the amazing technology utilized. Do you have a favorite gadget that you cant live without?

Sebastian: My phone. Apparently, none of us can live without them. I’m pretty fond of watches, I guess but that’s about it.

CM: Are you a big tweeter and snapchatter?

Sebastian: No, I’m actually not on any of the social media.


CM: What was it like getting in shape for the movie? What kind of regimen did you have?

Sebastian: Six months before we started shooting, I was working out pretty much six days a week and eating at least eight times a day. I had a specific diet. There was not a lot of fun food eating. It’s really hard because you’re not hungry after a while. You’re just kind of stuffing yourself. It was kind of constricting, but a good challenge.


CM: Were you a fan of comic books as a kid? Who was your favorite superhero growing up?

Sebastian: I didn’t grow up with comic books because they weren’t really around when I was a kid. I didn’t really discover them until this movie around 2009. I was more into sports.  My heroes were more from sports. 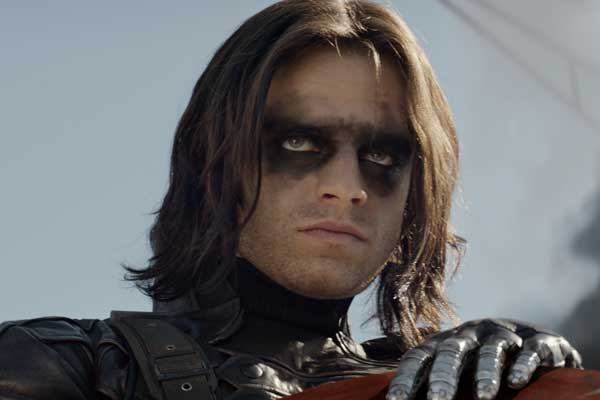 CM: What kind of sports were you into?

Sebastian: When I was really young in Europe I started off with soccer. Basketball was always my favorite. I loved the Phoenix Suns when they had Charles Barkley. I also liked the Houston Rockets when they had Hakeem Olajuwon.

CM: Did you do any research on the character? Watch any movies or emulate any actors to find the personality for the Winter Soldier?

Sebastian: Absolutely. The comic books I looked in over and over again. That’s where all the stories and origins were. I did my own research on post-traumatic stress books. Anything I could find on the effects of war on the individual. I watched a lot of army documentaries: Cold war, KGB, spy stuff, WW2, Vietnam.  I even watched some actors in specific roles as well.

CM: Were there any specific funny moments on set you can remember?

Sebastian: We would play this game with the stunt guys once in a while. You know when you have a sticker and you nonchalantly have to stick it on the person without them knowing they have it on? We did this so much! Whoever would get tagged would be walking around for hours not knowing that they had something stuck on them. Silly stuff like that.