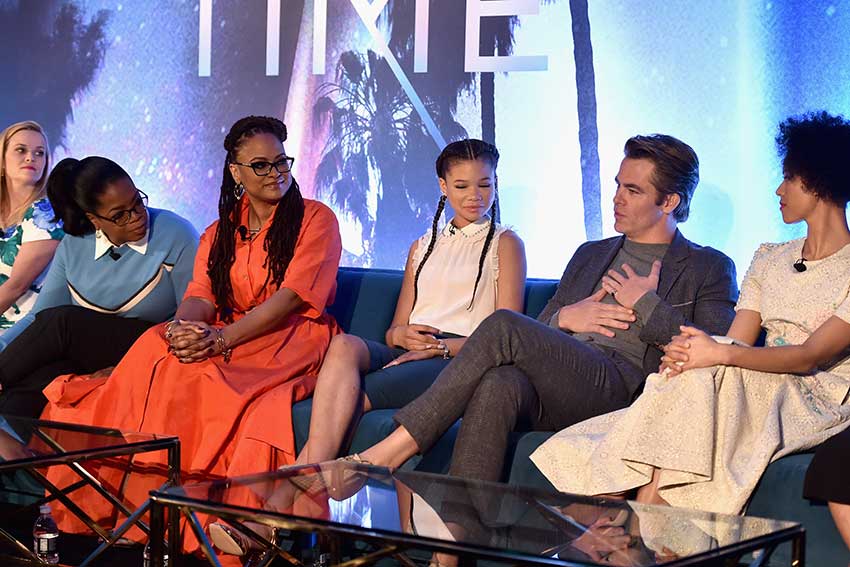 At the press conference, the actors and director Ava DuVernay felt very passionate about the movie, and Zach Galifianakis especially couldn't get through answering a question without becoming emotional. Being part of A WRINKLE IN TIME for each participant meant different things like Mindy Kaling is thrilled to be part of a fantasy film in which someone like herself is represented. Growing up as a child, she loved sci-fi films but she never saw herself represented.  For the other actors, it gave them a chance to star in a film unlike any other in which mostly women grace the screen in front and behind the camera. Watch how the Disney film has impacted each actor and filmmakers.

From visionary director Ava DuVernay comes Disney’s A WRINKLE IN TIME, an epic adventure based on Madeleine L’Engle’s timeless classic which takes audiences across dimensions of time and space, examining the nature of darkness versus light and, ultimately, the triumph of love. Through one girl’s transformative journey led by three celestial guides, we discover that strength comes from embracing one’s individuality and that the best way to triumph over fear is to travel by one’s own light.

On March 9th, be a warrior.