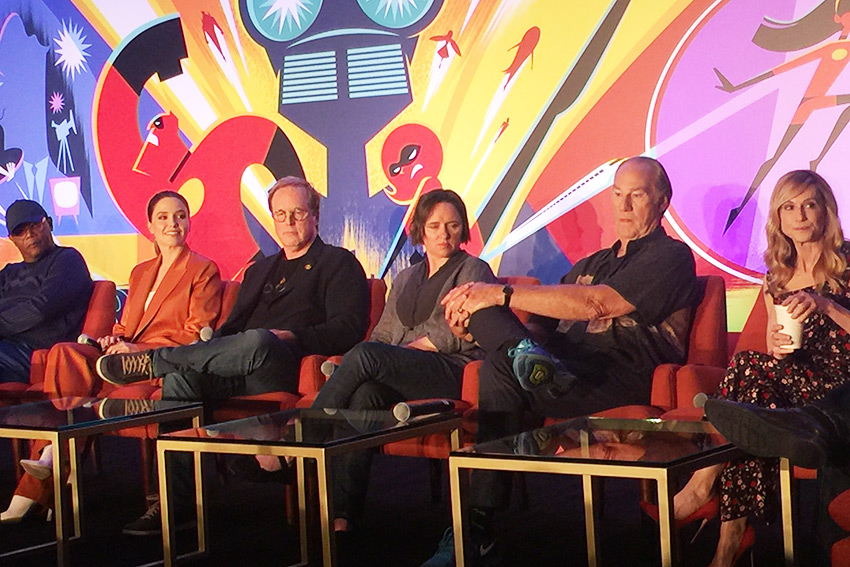 The cast and director Brad Bird talk INCREDIBLES 2 at the Los Angeles press conference. Holly Hunter, Samuel L. Jackson, Craig T. Nelson and the director reveal what it was like getting back in the saddle as the Pixar superheroes and newcomers Sophia Bush, Catherine Keener and Bob Odenkirk on what is was like joining the team.

It's been 14 years since the first INCREDIBLES, and the sequel doesn't disappoint. The INCREDIBLES 2 press conference was held in Los Angeles with the returning voice actors and new talent. During the interview, Brad Bird explains why the film picks up where the first one left off instead of having time pass by. We also come to find out none of the actors read a full script because of the every changing story and details that are refined as they go along.

Watch what else the actors and filmmakers had to say about their part in the making of INCREDIBLES 2 which opens June 15.