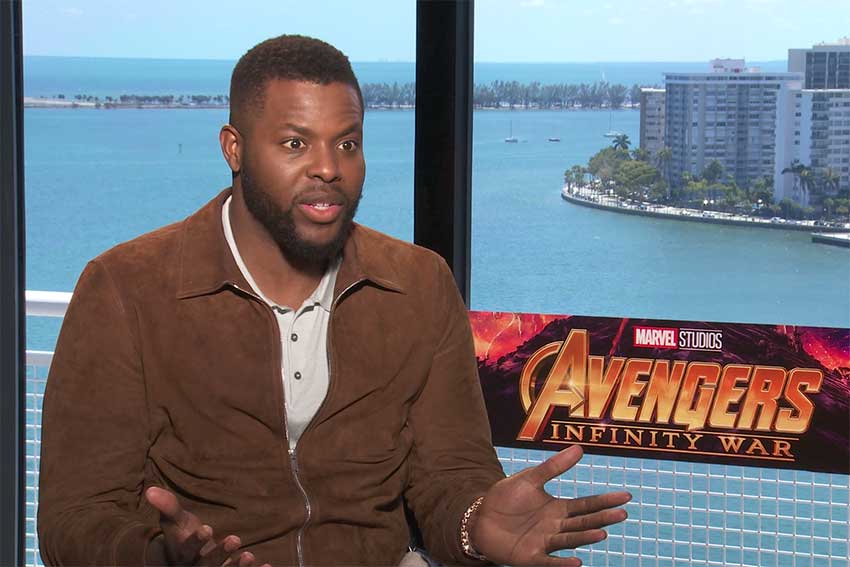 BLACK PANTHER'S Winston Duke returns as M'Baku to help T'Challa/Black Panther in the battle against Thanos in AVENGERS: INFINITY WAR. As usual, the actors are sworn to secrecy but CineMovie's Valentina Patruna attempts to get the actor to slip up and tell us something.

Wakanda tribes join in the fight against Thanos in AVENGERS: INFINITY WAR along with the Avengers in the highly-anticipated Marvel assembly of superheroes. The Avengers and their Super Hero allies must be willing to sacrifice all in an attempt to defeat the powerful Thanos before his blitz of devastation and ruin puts an end to the universe.