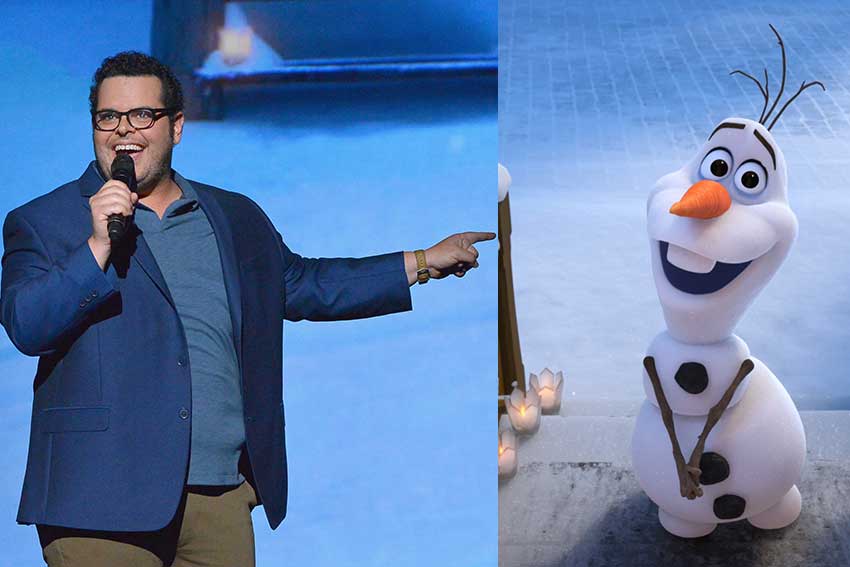 Josh Gad returns as Olaf in a 21-minute short, OLAF’S FROZEN ADVENTURE featuring four original songs. The Walt Disney Animation Studios’ short will play ahead of Pixar’s COCO. At an event for OLAF’S FROZEN ADVENTURE at Walt Disney Animation in Burbank, Ca, Gad told a crowd that he took a refresher course in voicing Olaf by rewatching the original, but the most difficult was hitting the high notes for one of the new songs.

In OLAF’S FROZEN ADVENTURE, Anna (Kristen Bell), Elsa (Idina Menzel), Olaf, Kristoff are one happy family as Christmas approaches. However, when Anna and Elsa realize their family had no holiday traditions, Olaf recruits Sven on a merry mission to bring home the best traditions and save Anna and Elsa’s first Christmas in forever. The short film will be the first from Walt Disney Animation Studios to premiere before a Pixar movie.

“In Summer” was Olaf’s big song in FROZEN, and for the 21-minute featurette Olaf will have another iconic song to sing. OLAF’S FROZEN ADVENTURE’s four original songs were written by Elyssa Samsel and Kate Anderson. This time his song celebrates the Christmas holiday in “That Time of Year,” but one of the lyrics required Gad to hit a high note which he found problematic. 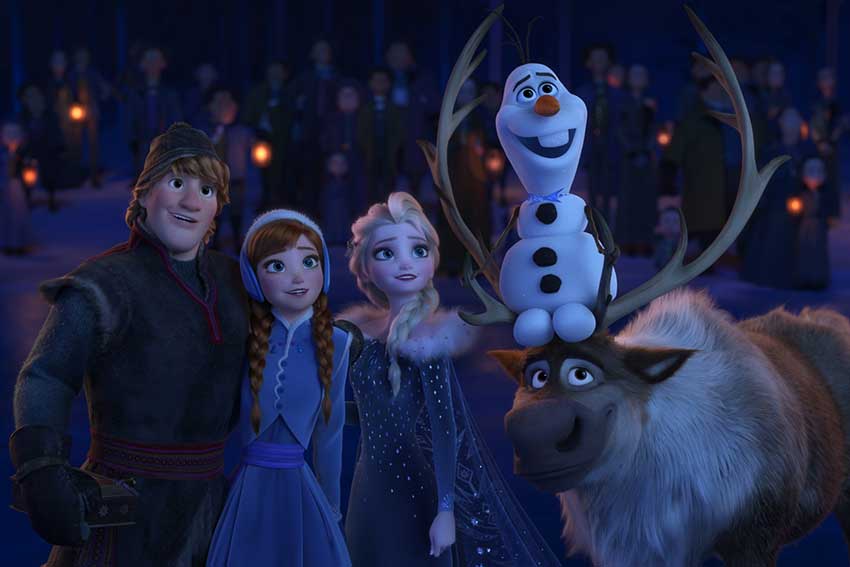 Directed by Kevin Deters and Stevie Wermers, Wermers agrees it was a tough song but also a “tongue twister” but they praise his work on that song.

It's one thing to sing in a recording booth but Gad would have to sing it live in front of hundreds of fans at D23 in July. At first they assured him he would have a monitor to lip sync with but on the day of the presentation, he would have to go at it alone.

“You’ll just have to wing it,” he was told that day.  “It timed out perfectly. I felt my heart beating out of my chest. I promise you 9 out of 10 times that would have been a disaster.”

“Not a day goes by that I don’t wonder how this became the biggest animated movie of all time.”

He attributes the success to the sibling story of Anna and Elsa. It’s a theme that resonates universally especially in his family with his two daughters. It’s surreal to read to them in Olaf’s voice, he says.

He’s also honored to be part of Disney history as a beloved voice of a Disney character along the lines of his favorite voices.  Gad calls the late Robert Guillaume of his idols as the voice of Rafiki in THE LION KING (1994), and Robin Williams as the Genie in ALADDIN. He grew up admiring their work, and now he’s part of that group.

“Being a part of that tradition is… speaking of traditions it’s the coolest gift I have ever been given as a performer.”

Josh Gad will once again reprise his role as the lovable snowman in the feature-length untitled sequel slated for November 2019.  It will reunite filmmakers Jennifer Lee, Chris Buck and Peter Del Vecho with the Grammy®- and Oscar®-winning songwriting duo Kristen Anderson-Lopez and Robert Lopez.

OLAF’S FROZEN ADVENTURE is now playing in U.S. theaters for a limited time in front of Disney•Pixar’s COCO.