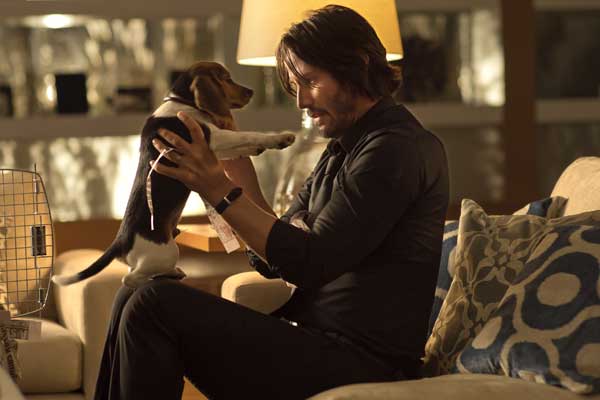 Keanu Reeves will return as John Wick in the follow-up to the highly-enjoyable action flick, but what will set off John Wick to jump into action once again? Hopefully its not the killing of another innocent puppy or pet. CineMovie's Ethan Falk caught up with Keanu Reeves at the Hollywood red carpet premiere of Eli Roth's Knock Knock movie to get the scoop on the John Wick 2 and talk to him about shooting in Chile with Eli Roth and whether he learned some Spanish during his time in Latin America.

Catch Keanu Reeves in Knock Knock in movie theaters now, and John Wick 2 is rumored to begin shooting this fall.