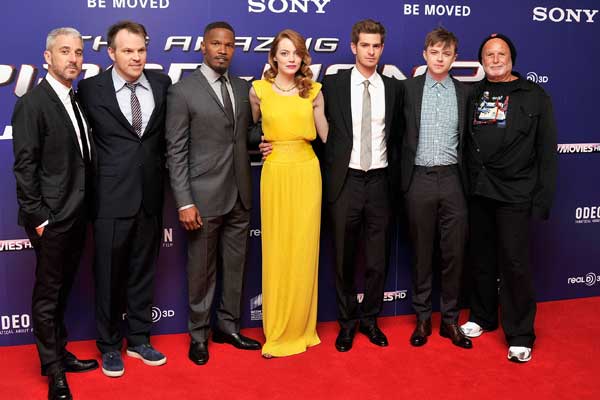 Thursday, April 24 THE AMAZING SPIDER-MAN 2 premiere will be streamed live from New York City with Andrew Garfield, Emma Stone, and Jamie Foxx and other celebrities walking the red carpet courtesy of Yahoo. Yahoo is also taking you into the after party where Pharrell Williams, Alicia Keys, and Johnny Marr may be performing some of the songs from the movie's soundtrack.

Join the conversation as the film's stars arrive on the red carpet along with celebrity guests using the hashtag #SpiderMan.