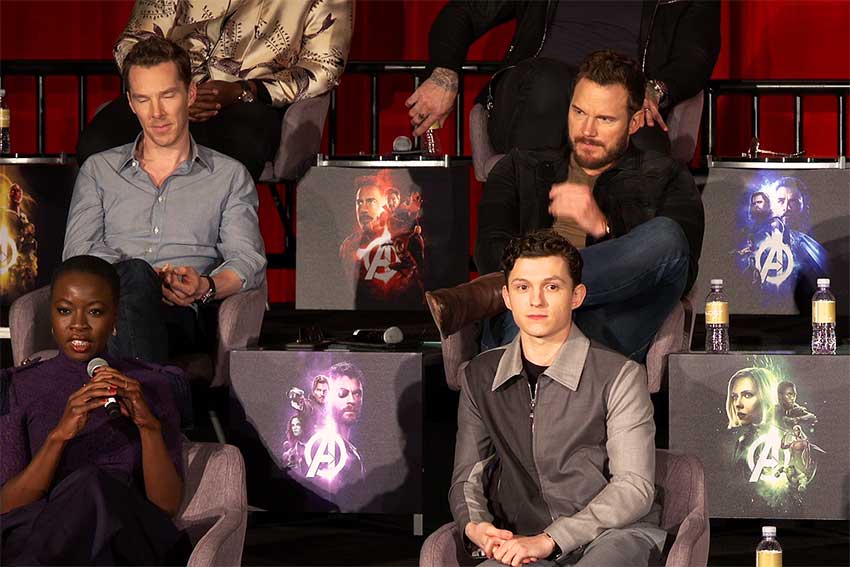 Tony Stark updated Peter Parker's Spider-Man suit which was revealed at the end of SPIDER-MAN: HOMECOMING, and the Iron Spider suit is on full display in AVENGERS: INFINITY WAR, but Tom Holland didn't actually wear a suit in his third outing as Spider-Man. The actor wore a motion capture outfit he called the man-canceling costume. By the sound of it, Holland may have preferred to not slinging around in his pajamas.

Mark Ruffalo wasn't alone this time wearing a motion capture suit as the Hulk. For his second team up with the Avengers, Holland didn't wear his usual Spider-man outfit.

"No, I didn't actually get to wear the Iron Spider suit, because it's too amazing to exist in real life," he revealed at the Los Angeles press conference. "So I joined the wonderful Mark Ruffalo in the man-canceling costume and stood amongst these gods wearing pajamas. It wasn't quite as heroic as I liked. And I haven't seen the film yet, so I can't tell you what it does in real life. But I can tell you it would be amazing. And yeah. I'm excited to see it."

Ruffalo and Holland weren't the only ones in their "pajamas," Josh Brolin also joined the pajama party as Thanos. The purple villain also performed all his scenes in a mo cap outfit, he told Jimmy Kimmel on Jimmy Kimmel Live!.

While Thor, Gamora, Star-lord, Black Panther are looking mighty super in their superhero wardrobe on the INFINITY WAR set, it's no doubt the pajama-wearing actors felt a little less brave than their counterparts.