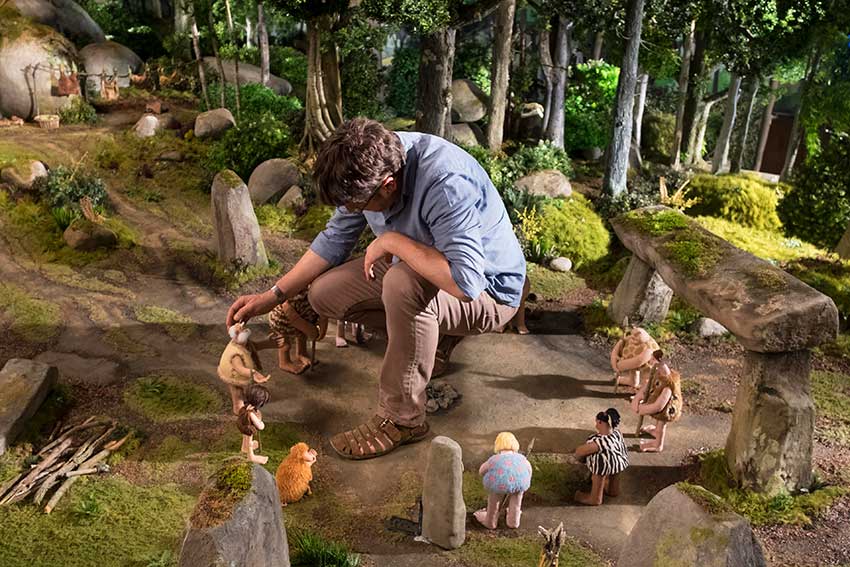 Stop-motion director Nick Park returns with his latest film, EARLY MAN. The stop-motion film has many scenes in a crowd-filled stadium. Given that every character and prop is made of clay in a stop-motion movie, the animators stop at creating 35,000 puppets for those sequences so they look to newer technology for a little help.

Set at the dawn of time, when dinosaurs and wooly mammoths roamed the earth, EARLY MAN tells the story of how one plucky caveman unites his tribe against a mighty enemy and saves the day! The film features the voices of Eddie Redmayne, Tom Hiddleston, Maisie Williams (GAME OF THRONES), Timothy Spall.

Nick Park, a four-time Academy Award winner for his animated shorts and feature, is responsible for some of the most beloved animated films such as WALLACE & GROMIT, CHICKEN RUN and THE CURSE OF WERE-RABBIT. EARLY MAN marks the first time Nick Park directed a film solo without a co-director. At a Q&A with the British director/writer and his EARLY MAN animation directors, Merlin Crossingham and Will Becher in Los Angeles, he was ready to take on the challenge.

"I guess on this one, I just felt like holding the reins myself and being at the helm.  It’s certainly a lot of work, but I had a two amazing animation directors.”

Making a stop-motion film like EARLY MAN is a painstaking process using clay puppets animators manipulate in small increments per each frame or shot. One of the animation directors revealed it takes a whole week to shoot just 5 seconds of film using up to 40 animators. 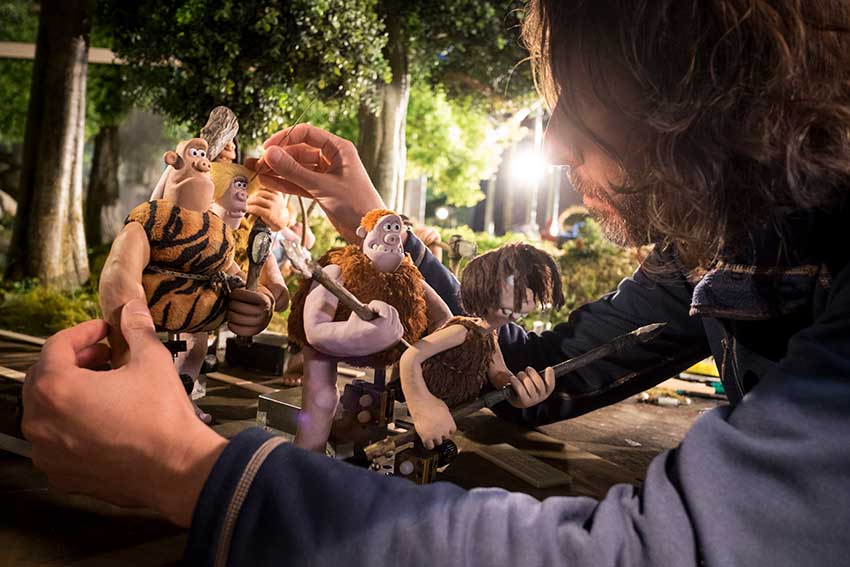 Rarely do you get large crowd shots in stop-motion projects because it is just not feasible to create that many characters. In EARLY MAN, a large chunk of the movie takes place in a stadium as the crowd watch football (soccer, for us Americans folks). The animators combined "old tricks" with "new tricks" to create those scenes which included using digital set extensions and matte paintings. These stop-motion animators are not purest when it comes to using just one technology over another.

The animation director explained the foreground set and around the stadium to the fence are animated in the stop-motion technique. The players in the background are "digital doubles." The stadium crowd is crowd simulation except when they cut close to the football fans.

"When there’s 30 or 40 in the crowd - that’s stop motion. That’s the most puppets we had ever in one shot were the close-ups in the crowd."

They don't see it as cutting corners.

"We couldn’t make 35,000 puppets but in the wide shots you kind of need it for the spectacle. It was whatever was best for the movie. We didn’t set out,  to, ‘we’re one going to only use stop motion. It’s a stop motion film but it’s weird, cutting-edge digital visual effects too.”

Luckily for the viewer, EARLY MAN looks so uniform you won't notice what's digital versus the real props.