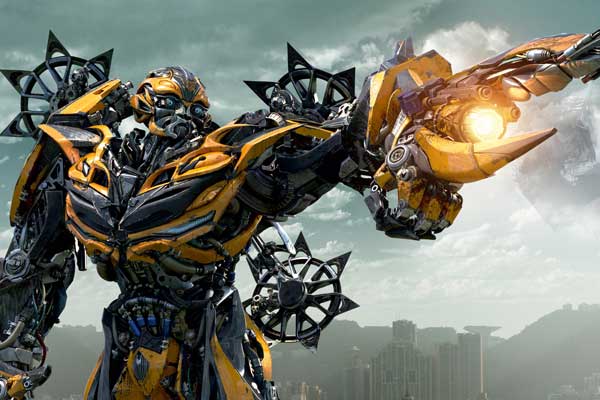 Michael Bay replaced the human cast as well as some of the Transformers, but what the franchise really needs is a change in director and writer. Even with a new cast, TRANSFORMERS: AGE OF EXTINCTION treads familiar ground and feels like more of the same. Of course we go for the spectacle, but why can't we get a good story to go along with it?

The problem with the Transformers movie is that they follow the same template. Screenwriter Ehren Kruger seems to pull out the outline from previous films and plug in new stuff. Here's how it goes. First, history is rewritten that leads to a discovery of an object that can destroy the world and the new enemy who wants it. The Autobots make a slow entrance with a tease here and there. The government's involvement, namely CIA in this fourth installment, still distrust the Autobots who have saved the world countless times. Enter the humans who are going to help the Autobots rescue mankind again by retrieving this dangerous object. And then destruction ensues in metropolitan cities, this time China.

Many including myself were hoping a new cast would breath new life into the Transformers franchise, but unfortunately the new faces like Kelsey Grammer and Stanley Tucci played similar characters from the previous Transformer movies. Luckily Mark Wahlberg is easy on the eyes, otherwise it would've been more painful than it needed to be. Nicola Pelz filled in for the hot chick role and her on-screen boring boyfriend Jack Reynor served as the second hot guy behind Wahlberg, but had little to do otherwise. 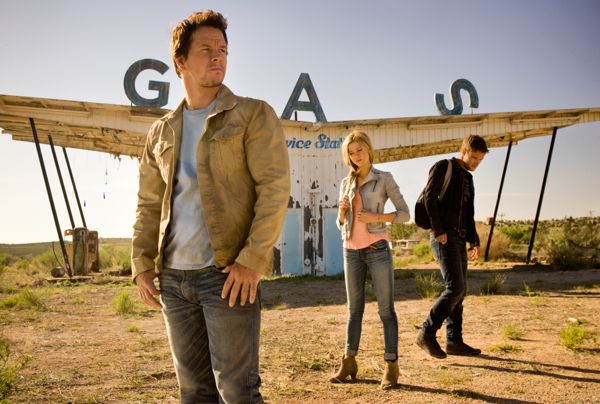 But of course, everyone is waiting for the Dinobots, but hate to break it to you, they are only on screen for a short time. It was fun while it lasted but more action from them would've been appreciated.

The Transformer movies have always been on the side of corny with their dialogue but it seems to have intensified in the fourth installment. The melodramatic dialogue had the audience giggling at every other line throughout the film. The characters were either cracking jokes or throwing sentiment into the wind.

And speaking of over doing it, the iconic Michael Bay low camera slow-mo shot was clearly overused. Or perhaps watching those shots in 3D made it seem more annoying than in previous films.

So basically if you're a fan of the Transformer movies, you'll be getting the same kind of movie with TRANSFORMERS: AGE OF EXTINCTION and you won't be disappointed. If you were hoping for something different, you won't be getting it in this version.

However, online rumors have the next Transformers movie happening in outer space, and the end of the film seems to confirm it. During the movie, it's also hinted at when Galvatron tells Prime he has been tasked in bringing Optimus Prime and others back to the creator for destruction. Now that's something we want to see… if another director comes on board. Bay has hinted at turning over the job to someone else. We sure hope so and throw in another writer while they are at it.