Are Fans Excited About 'Tron 3' with Jared Leto? 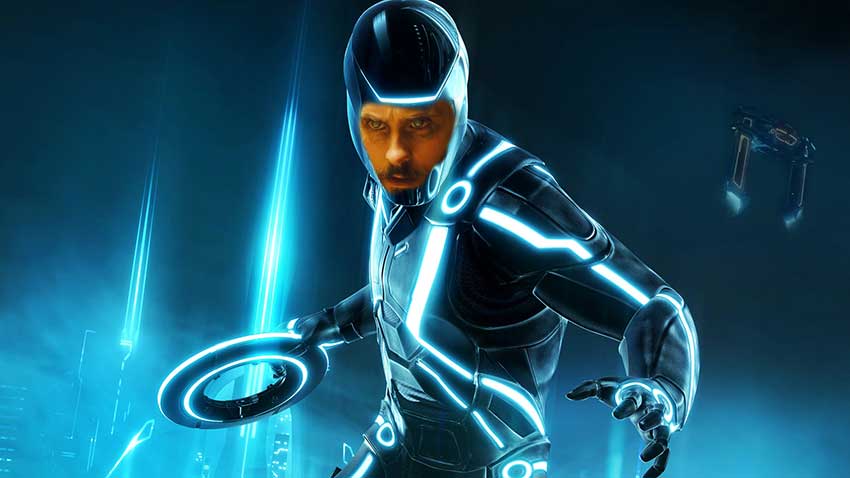 Last week, Disney executive Mitchell Leib announced on the Light the Fuse podcast that Disney will be moving forward with TRON 3 starring Jared Leto for Disney+. A decade has passed since the sequel, TRON: LEGACY so the news came as a surprise. That begged the question whether TRON fans are excited about a third movie and the new lead. CineMovie conducted a poll and the results were surprising.

Leib also revealed there is a script, and Disney+ would be the right platform to debut the film. That's an expensive task for simply a streaming distribution, but if THE MANDALORIAN proved something, it's that Disney+ can be home for high quality content.

TRON: LEGACY saw the return of Jeff Bridges as Kevin Flynn along with newcomers Garrett Hedlund as his son, and Olivia Wilde, and the sequel went on to bank $400 million worldwide. The original 1982 film wasn't a huge success earning only $33 million worldwide but it did become a cult hit.

In our Twitter poll (see below), a little less than half (41%) of the poll takers approved of a third film while 18% were against it and 29% were on the fence. In addition, 12% of participants were excited about a follow-up but not for Jared Leto heading it up.

#Disney has confirmed #Tron3 is in the works with Jared Leto as the lead. Approve or disapprove?

Could Bridges return as Flynn for a third outing? Flynn's survival in TRON: LEGACY is unclear after an explosion takes out the transport area. However, we are talking about the Grid where replications are possible.

The Disney executive, however, did confirm that Daft Punk was approached about returning so fingers crossed. Their sound amplified the look of the film, and cyberspace. LEGACY director Joseph Kosinski (TOP GUN: MAVERICK) has not signed on but they do want the filmmaker back. The visuals in LEGACY were outstanding.

No dates were given when production could begin, but resuming production on any movie or television project right now is complicated because of the current pandemic. However, the TRON franchise, which relies heavily on the visual effects, will most likely be shot on a sound stage with a 360 screen with a limited amount of crew. If you've watched "The Mandalorian" behind the scenes, you've would've seen the incredible advances using LED walls as virtual sets instead of a green screen. I wouldn't be surprised if studios are greenlighting visual heavy projects that could utilize that technology so they can get things in the pipeline.

Let's hope that's the case because we may run out of things to watch by the start of 2021 if no vaccine is yet available.