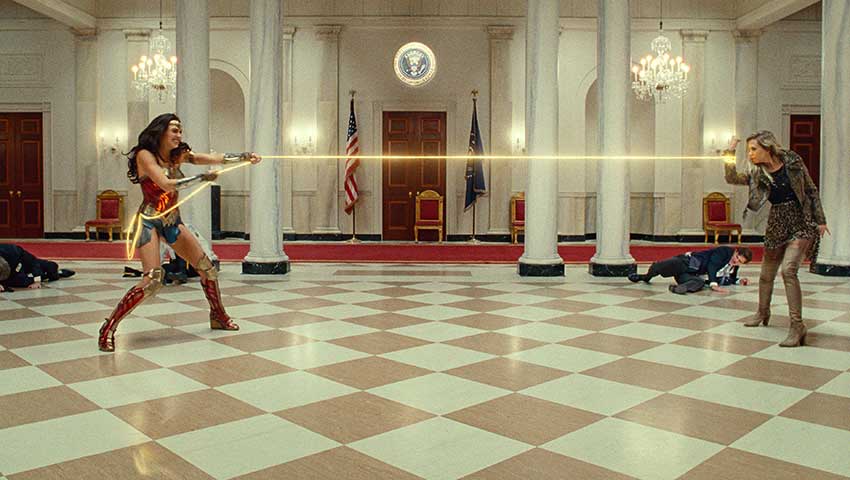 The WONDER WOMAN 1984 cast and director gathered virtually at DC Fandome Saturday morning to take fan questions and reveal a new trailer that shows Kristen Wiig's various transitions into Cheetah, and how it is that Chris Pine's Steve Rogers is able to return to 1984.

Gal Gadot, Chris Pine, Kristen Wiig and Pedro Pascal, and director/co-writer/producer Patty Jenkins appeared virtually at DC Fandome as the first panel for the 24 hour event. While no big news dropped except for the new trailer during the panel which took mostly fan questions, Linda Carter did drop, looking fabulous. Kristen was over the moon meeting her at a social distance, but it was endearing to see her fawn over the original Wonder Woman.

So let's talk about the big reveal. Wiig appears to go through various stages of transition into Cheetah. The fight between Wonder Woman and Cheetah looks epic although the CGI looks a bit wonky.