Why Dune, Godzilla vs Kong, Matrix 4, Mortal Kombat, The Suicide Squad Are Headed To HBO Max 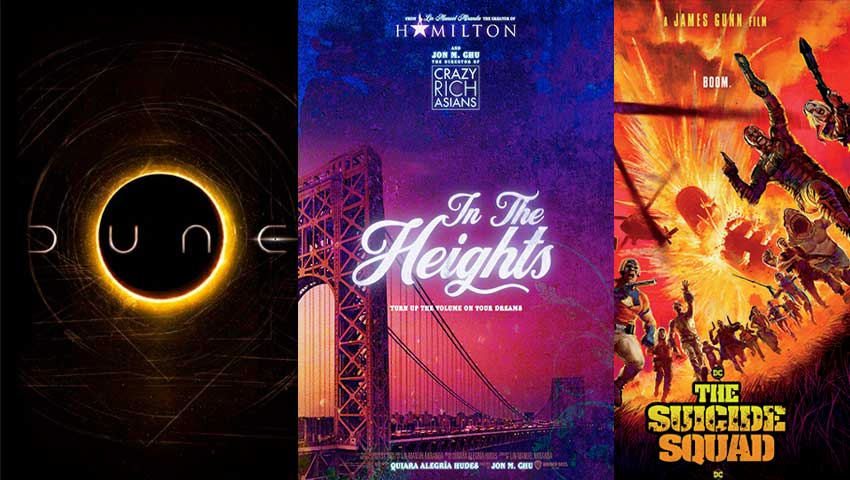 So it seems like Warner Bros is completely writing off 2021 announcing their entire movie slate for next year will land on HBO Max on the same day as a theatrical run. Tentpole films such as THE SUICIDE SQUAD, GODZILLA VS KONG, DUNE, MATRIX 4, IN THE HEIGHTS, and tons of others will make their debut online as well. See the full slate of Warner Bros. films coming to the subscription service.

WONDER WOMAN 1984 was already in the works to hit HBO Max on Christmas Day, and now comes word that Warner Bros. entire 2021 slate will follow suit. The announcement was made in a Twitter video Thursday (see below). The move makes sense given WB's experiment with TENET's theatrical run only earned the Christopher Nolan film a measly $57 million domestically.

HBO Max is the latest entry in the crowded field, and with Disney+ experiencing record level success, this move will no doubt expand their subscribers as well.

While it might spell disaster for theater exhibitors, the reality is people are not ready to head back to movie theaters yet.  Medical experts don't expect the majority of the population to be vaccinated in 2021 until perhaps the summer.  Movie studios shouldn't be expected to stay loyal when their own business is at stake.

I got you something ✨nice✨ this year:
🎁 The biggest movie premieres
🎁 In theaters and on HBO Max the exact same day
🎁 Beginning December 25 with #WonderWoman1984#HBOMax #WBPictures https://t.co/BZgFFRrrg2 pic.twitter.com/J2KBdWd9Tf

Here's a rundown of the movies coming to HBO Max and movie theaters.

Those Who Wish Me Dead - TBD

Judas and the Black Messiah - TBD