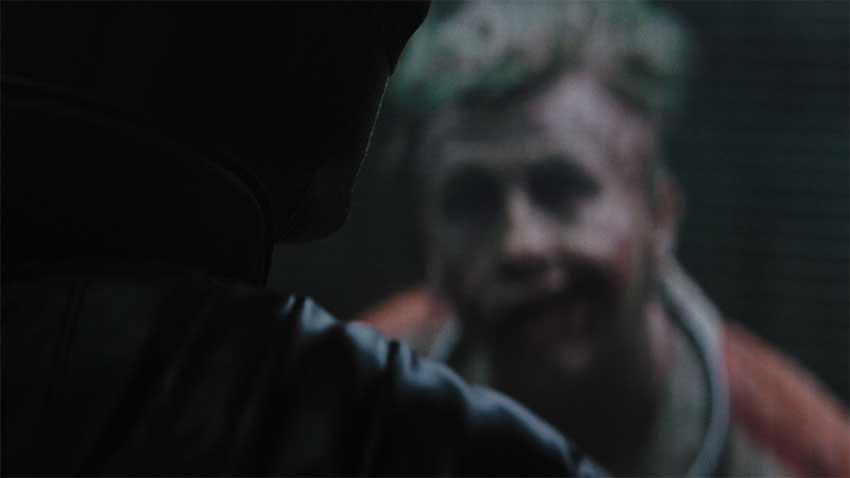 If you watched THE BATMAN, you'd know the Joker makes a cameo in one of the final scenes. Played by Barry Keoghan, Batman's nemesis interacts with the Riddler (Paul Dano) at Arkham. In the deleted clip released by director Matt Reeves, the Joker had a much bigger role in THE BATMAN. Watch below.

In the new clip deleted from THE BATMAN, Robert Pattinson's caped crusader pays the Joker a visit at Arkham seeking out his help in catching the Riddler. The severely disfigured villain plays games in his usual manner.  The Joker also reveals it's been a year since his encounter with Batman which informs us the Dark Knight has already fought his most formidable foe and he's still healing from injuries.

It's easy to see why the scene was left on the cutting room floor. While Keoghan's performance delivers a creepy portrayal, Batman visiting the Joker is unoriginal.

The Batman | Deleted Arkham Scene from Matt Reeves on Vimeo.